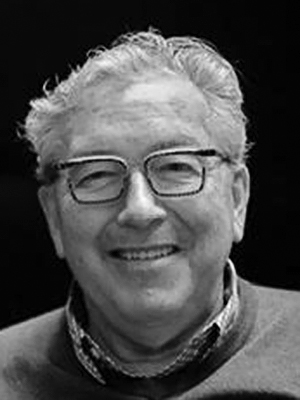 It is with great sadness that Robert MacMillan of Branch LaHave announces the peaceful passing of his loving partner of 35 years, Louis Marcel Joseph Quennelle, 67, on Thursday, September 1, 2022, at South Shore Regional Hospital, Bridgewater. Louis was born in Redvers, Saskatchewan; he was a son of the late Michel and Simone (Lamy) Quennelle and lived on the family farm in Wauchope, Saskatchewan.

Louis obtained a BA in French from Brandon University. Louis went on to obtain a Baccalaureate in Theology from the University of St. Paul (Ottawa) Class of 1984. This is a post-graduate degree equivalent to a Master of Divinity from other schools. He attended Mount Angel in Oregon to get his philosophy prerequisites to enter St. Paul.

Louis was drawn to the Roman Catholic Church as a young man and was ordained as a priest on May 19, 1985, by Bishop Paul O’Byrne of the Diocese of Calgary and worked in a parish in Calgary. It was at a potluck dinner between Metropolitan Community Church members and Dignity members of which Louis was a chaplain that he met Robert. Louis had been disenchanted with the Catholic Church for its negative views on gay men in the clergy. His relationship with Robert commenced on February 28, 1987, after he surrendered his faculty to exercise his priesthood in the Roman Catholic Church.

In 1988 Louis went through training with Air Canada as a flight attendant. He was assigned to the Halifax Base, and he and Robert moved to Nova Scotia. They bought, Twin Maples Farm in Branch LaHave with its hay lands, woodlands, and Christmas trees in 2001. When the Halifax base closed, Louis flew out of Toronto flying wide-bodied planes to destinations in China, Japan, and South Korea. He retired in 2015 at the age of 60 years after serving for 27 years with Air Canada.

At the urging of Father Michael Mitchell, the priest at St. John’s Church, plus Bishop Sue Moxley and Bishop Ron Cutler, Louis took courses at AST to ground him in Anglican Theology. On July 22, 2012, at a Service of Recognition of Priesthood presided by Bishop Sue Moxley and Bishop Ron Cutler, Rev. Louis Quennelle was received as an Anglican Priest when Bishop Sue said these words “Louis with the authority vested in me and in full recognition of your priestly orders I welcome you as a priest of the Anglican Church of Canada in the name of the Father, the Son and the Holy Spirit.” Louis served as an assistant Priest for St. John’s Lunenburg before being assigned as Priest-in-Charge in 2016 and later as the Priest for the Parish of Blandford and its three churches: St. Barnabas (Blandford), All Saints (Bayswater) and St. Cuthbert (Northwest Cove).

In June 2020, Louis was diagnosed with stage four colorectal cancer and began chemotherapy. He wanted people to know that he was not battling cancer, he was living and journeying with cancer as his oncologist was treating it as a chronic disease.

Louis was an excellent cook and was known for his wonderful bread, buns and croissants, dark Christmas cakes laced with port and sumptuous meals shared with friends. His whiskey pumpkin pies were legendary and loved by all who got to eat them. The garden was one of his passions, learned from his mother and shared with Robert. Pasta sauces, tomato juice, jams and jellies and assorted pickles and baking were put in Christmas baskets with the proviso that if you wanted more next year, please return the bottles. Music was another of his passions shared with Robert. They sang in the choir at St. John’s and enjoyed singing with the Maritime Concert Opera chorus.

Louis shared his extensive knowledge of religion, gardening and cooking freely with all. He was a man who loved life, family, friends, and community. He was as close to Jesus in nature as anyone you could meet with his compassion and his love. He made you feel like family when you met him. His laughter was infectious as was his sense of the ridiculous. He will be missed by all who knew him.

Besides his parents, he was predeceased by his brother John and nephew Brian, and sisters-in-law Sheila, wife of Maurice, and Lorna, first wife of Gerard.

Funeral arrangements are under the direction of the Dana L. Sweeny Funeral Home, 11213 Highway 3, Lunenburg. A service to celebrate Louis’s life will be held on October 4, at 11 a.m. at the Blandford Community Centre, 9 Firehall Road, Blandford, with Bishop Sandra Fyfe officiating with Bishop Ron Cutler doing the homily. Interment will follow in the St. Barnabas Cemetery, Blandford.

In lieu of flowers, donations made to the Cancer Society, Lunenburg County VON, PWRDF (Primate's World Relief and Development Fund), or your favorite charity would be appreciated by the family.