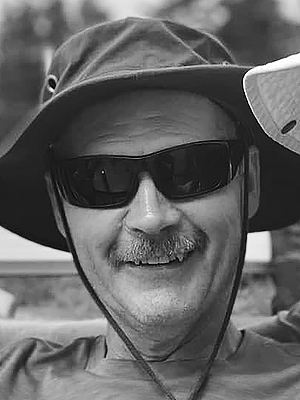 It is with deep sadness that we the family of Larry James Ernst of Spectacle Lakes announce his peaceful passing at home on October 22, 2020, at the age of 59. Larry is survived by his loving wife of 38 years, Valerie (Bartlett), his children: Matthew (Jennifer MacDonald) and Katie (Ryan Shaw), and his three grandchildren who affectionately called him “Gruggy”: Carson Pineiro, Kayden Pineiro, and Lachlan Ernst. He is also survived by mother, Phyllis Ernst; his siblings, Beulah (Vance Daurie), Debbie (Perry Sawler), Tony (Trudy Rafuse), sister-in-law Nancy (Frank Fancy), brother-in-law, David and many nieces and nephews. Larry was born and raised in Blockhouse, Nova Scotia. He was the son of Phyllis (Wentzell) and the late James Ernst. He attended Mahone Bay High School before completing a Carpentry program at Lunenburg Regional Vocational School. He started his working career at National Sea in Lunenburg and moved on to Michelin North America in Bridgewater where he retired after 30 years of dedicated service. Larry and Valerie met when they were in their late teens and after a few years of dating they realized they were perfect for each other. They went on to get married and have two children. They spent many weekends camping as a family, and you would often see them going for drives, ice cream, or walking their dogs in Lunenburg. If they weren’t out for a walk, you could find Larry in his workshop. He continued to put his carpentry skills to use over the years, including multiple home renovations and building furniture and other crafts for his family and friends. He grew up with a love of hockey and played for the St. James Jets. He wasn’t shy about friendly competition on the ice even when it included the loss of several teeth. He taught his children to skate at a young age and passed along his aggression on the ice to his daughter on the soccer field. He registered his son early at Lunenburg Minor Hockey and spent several years coaching and shouting from the stands. He was a die hard Toronto Maple Leafs fan, and he made sure that every Habs fan knew it. It was common knowledge that he loved to talk hockey, especially every time the Leafs defeated the Habs. Larry had a strong work ethic and great sense of humour, and he continued with this until the very end. Only a week before his passing he was sitting outside and critiquing his children’s repair of the shed, which apparently was not up to his perfectionist standards. We will be forever grateful for his ongoing love and support. He was an amazing husband, father, grandfather, and friend. Nothing made him happier than spending time with his grandchildren. We would like to thank all of our family and friends for their support over the last several weeks. The family would also like to thank the VON, Earth Angels, and Drs. Cathy Kelly and Debbie Gowan for their compassionate care and support throughout this difficult time. A gathering to celebrate Larry’s life was held on Sunday, October 25, 2020 in Feltzen South. In lieu of flowers, donations can be made to South Shore Palliative Care or VON Lunenburg County, through the Dana L. Sweeny Funeral Home, 11213 Highway 3, Lunenburg. www.sweenyfuneralhome.ca