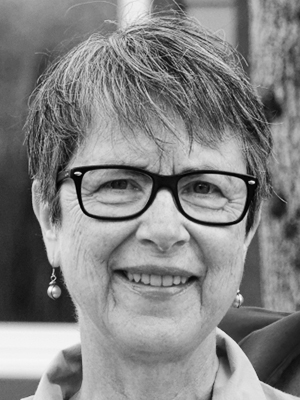 On September 15, in the same manner that she did many things, my wife Collene died. These last few months since late May she braved an aggressive brain cancer that quickly took away much of her capacity to function in this world. She navigated this with dignity and determination, preparing for her leaving with grace and in peace.

Born on December 15, 1952, in North Vancouver, she grew up in a family with parents that loved her. Through the early years, she struggled, like many of us, with the issues of childhood and teen years; but came out of that with a desire to be better, to live her life consciously and grow as a human being.

To that effect, she studied, read, attended workshops and seminars, observed life, challenged herself and continually strove to understand. She came to believe early that the answers to her questions lay in the realm of the spirit and the heart. This guided and focused her as she explored and experimented with conventional and alternative approaches, moving on as her inner compass dictated. Answering the call of this quest, she was on the way to Asia, when through a series of coincidences, she was delayed in Halifax. Listening to a small group of people describe their recent experience with their teacher, she was intrigued enough to follow through and attended a session where she was shown, and then taught how to access, “the peace that lies within". This profoundly changed her life. This is when I met her. Developing a stronger longing to know, not just believe, she sought opportunities to intensify her growth in this experience and moved into a group home with similarly motivated people. This, and similar homes, was where she would spend seven of the next nine years, focusing on knowing herself in a deeper manner, developing her skills discovered in the working world, and experiencing a growing desire to be of service.

Working in a hospital environment in Vancouver, observing colleagues skillfully helping those in need inspired her in that direction. She took college courses, developed her natural counselling skills, attended workshops, volunteered, and eventually earned a Social Work degree. This is when we got together and married.

Trying different avenues within Social Work, she eventually realized she wasn’t suited for this kind of work.

The drive and determination that propelled her forward took her into business where she took a small idea and developed it into an enjoyable successful enterprise in which we both worked together for over 20 years. After travelling with the business for several years we settled back in Nova Scotia, eventually establishing ourselves in a beautiful spot on the LaHave River.

Collene’s steady longing to know herself more and to live her life consciously never slowed. Like us all, she had her share of problems, "learning experiences", setbacks and difficulties. She also knew that these were not the reality of her life. When her illness emerged earlier this year she operated from a place of gratitude. Grateful for what she had been shown and continued to experience within. This source of peace inside her was where she chose to focus, letting the rest go.

Her leaving was inspiring, and I felt her joy and sense of freedom, immediately upon her passing.

Funeral arrangements entrusted to the Dana L. Sweeny Funeral Home, 11213 Highway 3, Lunenburg. In keeping with Collene’s wishes, there is to be no public memorial service. www.sweenyfuneralhome.ca