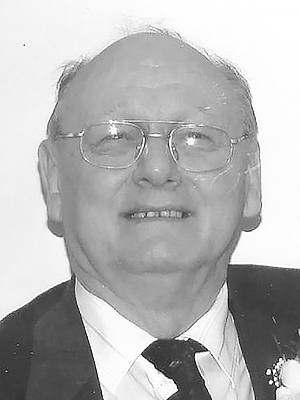 It is with great sadness that the family of Wilson Russell Richards, 93, of Lunenburg, announces his passing on Sunday, March 7, 2021 at Harbour View Haven Home for Special Care, Lunenburg. Born in Lunenburg, he was the younger son of the late Lawrence Benjamin and Fanny Motty (Andrews) Richards. Willie attended Lunenburg Academy and then began working at G.W. Silver Company Ltd., located on Lincoln Street, Lunenburg After trying his hand at several occupations, he found employment with Fred N. Byers Plumbing and Heating. He received his plumbing certificate and remained with the Byers Company for 16 years. He also worked on the waterfront with Atlantic Shipbuilding until 1982. Prior to his retirement in 1996 he was owner/operator of Wilson R. Richards Plumbing. Willie was a charter member of the Lunenburg County Chapter of the Society for Preservation and Encouragement for Barbershop Quartet Singing in America. He enjoyed 17 years singing with the Sons of the Sea Chorus and also singing lead in several quartets. He had also been a member of Zion’s Men’s Choir and Bridgewater Baptist Men’s choir. He sang for many years with the St. Andrew’s Presbyterian Church Choir. Willie is survived by sons, Allan (Debbie), Lunenburg; John (Anne), Garden Lots; daughters, Kathy Douglas (Ned) Amherst, N.S. Barbie Cliff (Brent), Fredericton, N.B., Janet Richards, Lunenburg; grandchildren, Shauna, Jared (Meghan), Bradley (Chelsey) and Amy (Josh), brother Walter Richards, Halifax; sister-in-law, Dona Nauss, Bridgewater and many nieces and nephews. He was predeceased by his wife Joyce, sisters and brothers-in-law, Helen and Stan Symes, Mona and Don Smith and sister-in-law, Dorothy Richards. Funeral arrangements are under the direction of the Dana L. Sweeny Funeral Home, 11213 Highway 3, Lunenburg, where a memorial service to celebrate Willie’s life will be held at a later date. In lieu of flowers memorial donations may be made to, St. Andrew’s Presbyterian Church, Harbour View Haven Home for Special Care or to the Alzheimer’s Society of Nova Scotia.