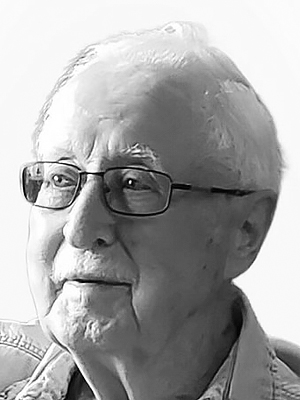 It is with deep sadness that we announce the passing of Melbourne “Mel” Charles Crouse, 97, of Shrewsbury, MA and Crescent Beach, Nova Scotia, surrounded by his loving family on Wednesday, July 20, 2022.

Born on March 21, 1925, in Crescent Beach, Nova Scotia to Hattie (Publicover) Crouse and Raymond Crouse. Melbourne was pre-deceased by his wife Alice (Anderson) Crouse, son Clifford Crouse, and brother Lowell Crouse. His is survived by his children Raymond Crouse and wife Diane of Shrewsbury, Doran Crouse and his wife Nancy of Magnolia, DE, David Crouse, and his partner Cindy Ide, of South Grafton, Dana Crouse and his partner Honor Seaver of Grafton, Ellen Richard and her husband Michael of Millbury, Alison Galati and her husband Vito of Rowley, and daughter-in-law Lena Heavey and her husband Dan of Worcester. He also leaves his brother Warren and his wife Alice, of Somerville, Maine, and nine grandchildren: Tara Sullivan, Erin Demand, Heather Creelman, Dan Heavey Jr., Terrance Crouse, Nathan Crouse, Cindy Thibodeau, Kevin Crouse, and Jillian Richard and 14 great-grandchildren.

A WWII veteran, Mel was a Navy Gunner’s Mate and operated landing craft in the Pacific Ocean. He was a devoted and loyal American and Canadian, and epitomized the "Greatest Generation". When he returned home from the war, the love of his life Alice, was waiting for him. They married in 1946, built their life together and raised their family in Shrewsbury in the home he built by hand, even digging out the cellar hole by hand shovel.

His favorite place was at his family home in Crescent Beach, and he cherished his many trips home there and special times spent with beloved family and friends. His loved to tell stories of his childhood on the family farm and all that he learned from his ancestors.

A passionate and lifelong sportsman, he was the owner of Crouse Custom Arms Inc., and an enthusiastic and dedicated educator.

He was an active member and former President of both the North Grafton Fish, Game and Bird Club and The Worcester County League of Sportsman, as well as former director and life member of Gun Owners Action League. Mel loved the great outdoors and enjoyed hunting with his family and friends.

Mel was also a private pilot earning his license in 1946. He relished every aspect of flying and jumped at every opportunity to get back up in the air.

A true gentleman in every sense of the word, Mel will be truly missed by all who had the great fortune to know him.

Relatives and friends are invited to visit Brittonfuneralhomes.com to share a memory and condolences on the Memory Wall or to plant a tree in Mel’s honour.