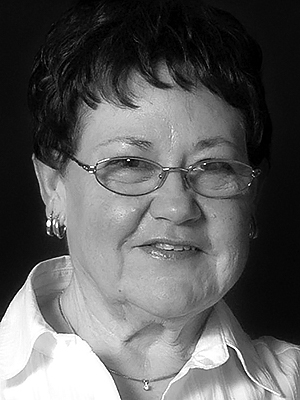 Sandra Haase of Ottawa, ON, passed away suddenly on Tuesday, January 12, 2021, at the Heart Institute in Ottawa at the age of 72. Born 1948, she was a “service brat”, the daughter of the late MWO Lester Himmelman and mother Mabel (Belbin) Himmelman. Sandra obtained a Registered Nurse credential from St. Joseph’s Nursing school in London, ON. Following graduation in 1968, she enrolled in the Canadian Armed Forces. Commissioned as a Lieutenant, she was subsequently posted to CFB Rockcliffe in Ottawa. She carried out roles as a “Nursing Sister” at the National Defense Military Hospital and any other posts throughout her career. While stationed at CFB Rockcliffe she met her future husband Lieutenant David Haase. They were married on May 15, 1970 in the chapel at CFB Rockcliffe. In mid-1971 Sandra took her release from the Canadian Armed Forces due to pregnancy. Thereafter, as family circumstances permitted, she was a nurse, caring for others in many different cities across Canada, as her husband David and her family were posted to various military bases. Sandra's hobbies included sewing, knitting, crocheting, and quilting. She handcrafted a multitude items for family and friends over the years. She is survived by husband David, children Tamara and Sean, grandchildren Avery and Mason of Ottawa; and her sister Melody in Vancouver. There will be no visitation or memorial at this time; however when circumstances permit, it is hoped a celebration of life will be held.