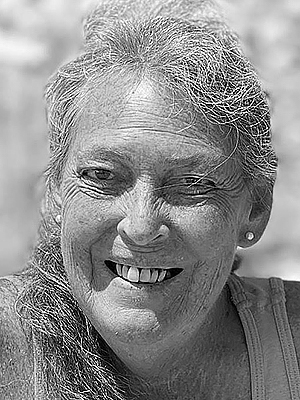 It is with great sadness that the family of Mary “Lynn” Wright, 64, of Lunenburg, announce her peaceful passing with family by her side on Friday, September 2, 2022, at Fishermen’s Memorial Hospital, Lunenburg.

A born nurturer and caregiver, Lynn started her professional career as an LPN at Fishermen’s Memorial Hospital and worked there for several years before earning her RN Certification at the Victoria General in Halifax, where she graduated with distinction. As an RN, she spent years working at Fishermen’s in Lunenburg and Roseway in Shelburne. Lynn had a passion for nursing and caring for people and even after she stopped working as an RN she could often be found supporting friends and family through health and other challenges.

“Nanny Lynn”, as her grandchildren called her, took the kids on many adventures, including their cherished annual White Point vacation, the 9th of which they enjoyed this summer. Lynn’s grandchildren were always on her mind. Whether she was taking them on an adventure, having a sleepover, dropping off their favourite treat, watching their sports or just going for ice cream, she was happiest when she could see them smile.

Those who knew Lynn knew that she had a love for the beach. She spent many summer days at her beloved Bachman’s Beach, sometimes with her grandkids to swim and sunbathe with and sometimes with just a good book. On winter evenings, Lynn was likely to be working on a puzzle or a crossword while savouring a hot cup of tea.

In keeping with Lynn’s wishes, there is no public memorial service. In lieu of flowers, donations may be made to Second Story Women’s Centre or the Special Olympics through www.sweenyfuneralhome.ca