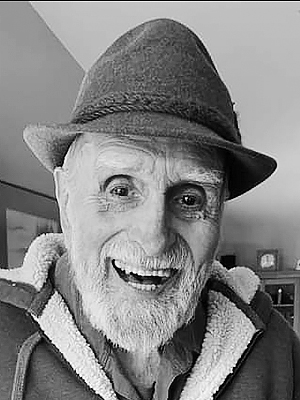 It is with great sadness that the family of Earl Edward Meister, 94, of Lunenburg and formerly of Stonehurst, announces his passing on Saturday, September 24, 2022, at the South Shore Regional Hospital, Bridgewater. Born in Meriden, CT, USA, Earl was the son of the late Ernest and Mary (Karolshak) Meister.

Earl was a World War II Veteran with the US Military serving 31 months in Europe. After the war he attended the University of Conn. and the University of Penn. and West Philadelphia. He received his degree from the University of Conn. in Animal Husbandry and Agriculture. He went on to get his degree in Agricultural Engineering. He and his wife, Val, moved to NS in 1979 where he worked as an engineer in Agriculture in Private and for the Province of NS. For many years Earl worked for the Municipality of Lunenburg as a building inspector. Over the years, many will remember Earl as an active member of the Lunenburg Folk Harbour Festival and the Coast Guard Auxiliary.

Mom and Dad provided a wonderful childhood for the four of us kids growing up on the family farm. Dad would come home from his day job, get on his beloved John Deere tractor, and continue to work hard making hay for our flock of sheep. Running the farm kept them both busy, with Mom spending hours in her huge garden. We never had canned vegetables growing up. In fact, we wondered why the beans in the school hot lunches were such a funny olive-green colour. Growing up on the farm taught us important values: responsibility, work ethic, a love for animals, and an appreciation for the earth; all things that were so very important to Mom and Dad. They later instilled these values in their grandchildren, all of whom they were very proud.

Mom and Dad had scores of friends, young and old, who they welcomed into their home; their Friday night Happy Hours in Stonehurst became quite famous. Thank you to all of you who touched their lives.

Funeral arrangements are under the direction of the Dana L. Sweeny Funeral Home, 11213 Highway 3, Lunenburg. At Earl’s request, cremation has taken place and there will be no memorial service.

In lieu of flowers memorial donations may be made to the VON Lunenburg County or to the Folk Harbour Society. www.sweenyfuneralhome.ca