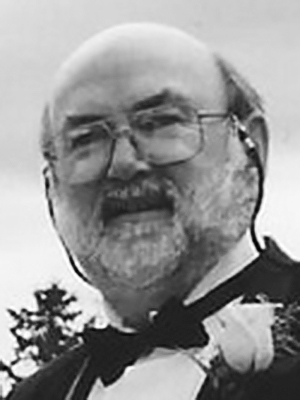 Today we celebrate the life of Bernard “Bernie” Albert Conrad, 77, of Pine Grove, who passed away on July 25, 2022, at Valley Regional Hospital in Kentville.

Born in the Dawson Memorial Hospital in Bridgewater Nova Scotia on March 18, 1945, he was the son of the late Bernard Steven St. Clair Conrad and Violet Mae (Wile) Conrad.

Employment included Sussex Pop Factory, Halifax, Kraut Point Fisheries, Riverport, Halifax Pilotage Authority, Centre Consolidated School (teacher), and Queen Elizabeth High School- 30 years teaching, where he was also the QEHS representative for the Nova Scotia Teacher’s Union, the Teacher/ Coordinator for the ESL (English as a Second Language) program, and he participated in the Judo program with his students.

Bernie enjoyed his time playing tennis in Burnside, badminton at Centre Consolidated School, bowling with the Men’s Teachers Association, attending Neptune Theatre, and travelling to Europe with students. After he became a member of the Halifax Amateur Radio Association and Secretary for HARC, Bernie was very proud to participate in the many Amateur Radio events where he assisted with workshops for the Boy Scouts and did the communication at car rallies and Peggy’s Cove after the SwissAir Crash. The many activities and time spent at his cottage on Lake Mush-a-Mush were a source of enjoyment for many years.

Hobbies include Amateur Radio, chipping away- wood carvings, golf (charter member of Osprey Ridge), travel (Nassau, Puerto Rico, The US Virgin Islands, Jamaica, England, France, Belgium, Holland, Czechoslovakia, and Germany). Bernie enjoyed music and began guitar lessons in his retirement. He then learned to play the ukulele and became a member of the South Shore Ukulele players, where he was one of the four founding members of the 1st international Ukulele Ceilidh held in Liverpool Nova Scotia and as well, he became a member of the Uke mates. Many venues were enjoyed as a participant at church services, Pier 21, elementary schools, senior’s homes, hospitals, birthday parties, and wedding anniversaries. As a dog lover, Bernie enjoyed his Odin, Dudley, Bosley, Ashley, Amber, and Tessa.

Bernie is survived by his wife Linda (Mason), daughter, Johanna (Jeff Snair), and granddaughter, Victoria as well as sisters, Shirley Conrad and Sharon (Conrad) Chamberlain and several nieces and nephews.

Funeral arrangements are under the direction of the Dana L. Sweeny Funeral Home, 11213 Highway 3, Lunenburg, where a service to celebrate Bernie’s life will be held, Thursday, August 4, 2022, at 2 p.m. Rev. Vivian Moores, officiating. Interment will be at a later date at Harbour View Cemetery, Lower Rose Bay. The family has asked those attending the service to wear a mask.

In lieu of flowers memorial donations in Bernie’s memory may be made to SHAID Tree Animal Shelter, Camp Mush-a-Mush or to Pro Kids, Municipality of the District of Lunenburg. www.sweenyfuneralhome.ca