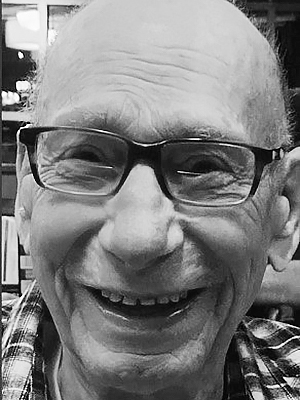 It is with immense sadness that we share the passing of our beloved Philip Edward Crouse, on September 7, 2021, at home in Dayspring surrounded by his wife and children.

To his family and friends, he was known as Phil, Dad, or Pa. Philip was a strong, authentic, kind, and humble man that continued to show grace to all that had the pleasure to be in his presence, even during his recent declining health he showed great strength and selflessness. His concern for the well-being of his family was still at the forefront of his thoughts.

Born on October 25, 1924, in Crouse’s Settlement, in one of the oldest homes still remaining, He was the son of the late John Wesley and Ida Mae (Zinck) Crouse.

Philip went dory fishing on the R.B. Bennett with his older brothers Albert and Amos at the young age of 16. This experience of hard work, rawness and grit on the ocean provided a solid foundation in his professional career and personal life.

In 1942 he sailed on ships in the Merchant Navy. During the Second World War he sailed on ships in convoys from Halifax to England and sometimes stopping in the United States for war supplies. Following the war, Philip chose to stay on the ships until March 1949. He then went fishing for cod and hauling salt from the Caribbean on the schooners Pasadena and the Jean Frances with his brother Amos.

In January 1955, as 2nd Engineer, he crewed a hospital boat for the Granville Mission on the Nellie A. Cluett in St. Anthony, Newfoundland.

On May 4, 1955, he was employed with the Department of Public Works on a drill boat as Master. He worked on the drill boat and a dredge in Newfoundland for 25 years where he was well respected by his peers. He was eventually transferred to Nova Scotia, where he later retired on January 31, 1986.

As he transitioned into retirement, his love for Newfoundland and the ocean never waned. Throughout his retirement he enjoyed the summer months with his family on Heckman’s Island where he took pleasure in fishing or working on outdoor projects. Later in life when he wasn’t at the cottage, he could be found tending to his garden with his daughter Wendy. Together, they worked the earth, nurtured mature fruit bearing trees and each year tried their hand at a variety of melons or gourds. Philip took pride in sharing his bountiful harvests with his children, grandchildren, and neighbors.

He took great pleasure in special moments spent with his sons Kendall and Kirby. Whether that was a day of fishing, a fall/ winter hunting adventure, or working on a project together, each occasion brought him pride and joy. Philip’s special attributes will continue to live on in them both.

Family gatherings on special occasions were always a highlight for Philip. It provided the opportunity for him to learn what his extended family had been up to or a chance to reminisce of past experiences together. Given his age, his memory of these experiences was phenomenal. Even in his final days of life Philip continued to have an amazing memory and mind.

The family wishes to thank Dr. Gregory Thibodeau, Dr. David Martell, Palliative Care Nurse Kim Carlow-Berkeley, the VON, Home Care workers Bernadette, Toni, Pam, Kim, Susan and Rev. Dr. Aaron Kenny for their professionalism, compassion and care provided to Philip during his time of need. Philip was grateful for all of you, and it meant even more to him that extra care and support was being provided to his cherished wife, Agnes.

At Philip’s request there will be no visitation or service; cremation has taken place in care of Sweeny's Funeral Home. Interment will take place on October 24 at the Dayspring Cemetery, time to be determined. Memorial donations may be made to the Dayspring Cemetery or a charity of your choice.

Philip’s legacy lives on in everyone he touched. We celebrate him and will always remember and miss his infectious warm smile and genuine heart.

“I now feel like a big bird, that has no wings to fly, but has the wings of an angel.” - Philip Edward Crouse

“You have escaped the cage. Your wings are stretched out. Now fly.” - Rumi