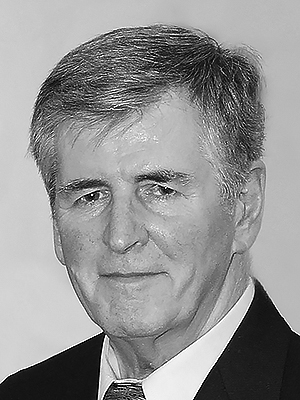 March 13, 1939 – January 2, 2021 We are saddened to announce the death of Howard Cameron Kennedy, who passed away peacefully at the age of 81 on January 2, 2021 at the South Shore Regional Hospital, Bridgewater, after a long illness. Born in Antigonish, NS, he was the eldest child and only son of the late Colin A. and Jennie E. (Cameron) Kennedy. He was predeceased by an infant sister, Mary Coline Kennedy, his son Stephen Craig Kennedy, and his always kind stepmother, Ellen R. "Nell" (Flemming) Kennedy. Howard grew up in the North End of Halifax and graduated from St. Patrick's High school. He took one semester at St. Mary's University before joining the Royal Canadian Air Force as a radar technician. While stationed in New Brunswick he met his future wife, Marjorie MacDonald, who was also stationed there. They were married November 25th, 1961 in the Air Force Chapel at RCAF station St. Margaret's, New Brunswick. After leaving the Air Force, Howard and Marge moved to Halifax where Howard took employment as a Technical Writer at Fairy Aviation in Eastern Passage. He later accepted a position as Technical Coordinator with Pratt & Whitney / United Aircraft in Montreal. Later, Howard moved the family to Lynn Lake, Manitoba to work in the Sherritt-Gordon Mines, where he earned his certification as an Industrial Electrician. Missing the Maritimes, the family moved back to the east coast. Howard worked at the Canada Packers plant in Charlottetown, until it closed in 1982. They then moved to Bridgewater, NS where he spent the next twenty-one years working at Canexel Hardboard Plant at East River, NS. In 2007, shortly after his retirement, he was diagnosed with Multiple System Atrophy which robbed him of a well-earned retirement. Howard was a quiet, hard-working man who enjoyed playing the piano in his younger years, reading and the company of his family, in particular in later years, the company of his grandchildren. Howard is survived by his wife Marge, his son Michael, his daughter Heather Bar and son-in-law John, and his three grandchildren Matthew, Gabrielle, and Jackson Bar, all of whom will miss their "Garbie". He is also survived by his sisters, Ann Forgeron (Ken) and their family, and Karen Kennedy (Kennie Mason). Respecting his wishes, there will be no visitation or funeral at this time. A graveside service will be held at a later date. Arrangements are under the direction of the R.A. Corkum Funeral Home, Wileville, where online condolences may be offered by visiting www.corkumfuneralhome.ca We wish to thank our family doctor, Dr. Timothy Riding, and his receptionist, Jennifer (what a great team you are), as well as the very kind nurses and doctors on the 4th floor at the South Shore Regional Hospital. We couldn't have asked for better care.