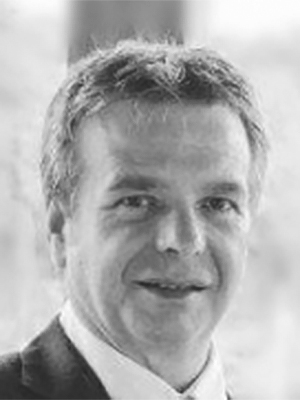 It is with incredible sadness that the family of Kirk Ian Rayfield Knickle, age 57, of Blockhouse, announce his passing on Thursday May 26, 2022, at home with his family by his side. Born in Middle Cornwall on October 4, 1964, he was the son of Madeline and Wayne Oxner and the late Karl Knickle.

Kirk was hardworking from a young age. In the words of his uncle Max, “you were on the tractor with me more than you were off”. He worked on family farms and other various labour-intensive jobs before starting his life as a fisherman on the sea. At the age of 15, he set aboard a scallop dragger until the life changing loss of his beloved wife, Gailyn. At the age of 31, Kirk made a 180 degree turn as he switched from oil gear to dress clothes. He traded his shucking knife for a ballpoint pen. Many were astonished by his accomplishment as a man who started a career as a financial advisor, with only a grade 8 education and three young children at home.

Kirk was a member of the Northwest Baptist Church. His strong faith in God allowed him to confront and overcome many challenges. In his life, Kirk was diagnosed with three major illnesses. In 2011, he had a stroke and a surgery to remove a large and rare endocrine paraganglioma tumour from his abdomen. In 2015, he had a heart attack and soon after in 2016, Kirk learned that his tumour had returned and metastasized. Kirk battled cancer for the remaining 6 years of his life. Yet, he did not let this prevent him from staying active in his community. He was the treasurer for Northwest Baptist Church and New Cornwall Memorial Gardens, for the past 20 years. He will be remembered as a strong, resilient, humorous, caring, faithful, loving, generous, and a dedicated man. He brought joy to so many people.

Funeral service was held 11 a.m., Monday, May 30, 2022, at the Northwest United Baptist Church. Burial was in the New Cornwall Memorial Gardens, Middle New Cornwall. Memorial donations may be made in Kirk’s memory to the Northwest United Baptist Church, New Cornwall Memorial Gardens, or a charity of your choice. Arrangements entrusted to the care of Mahone Funeral Home, PO Box 200, 32 Parish St., Mahone Bay, NS B0J 2E0 (902-624-8241). Online condolences may be sent to the family by visiting: www.mahonefuneral.ca