SHERBROOKE – The Whale Sanctuary Project's (WSP's) latest move to establish the world's first beluga refuge here is taking shape at a house along the highway that serves as this Eastern Shore community's main drag.

"It's just a few doors down from the grocery store, and there are two [nearby] gas stations," says WSP Executive Director Charles Vinick of his organization's new visitor and operations centre, scheduled to open this month. "I think everyone knows it."

For the few who may not know it, the official address is 8186 Route 7, and Vinick couldn't be happier about it.

"We acquired the property from a good friend of the project who lives in Sheet Harbour," he says. "The house had been for sale for a while. And he bought it this spring solely for the purpose of helping us, so we are very grateful for that."

The centre marks the project's passage from proposals and priorities to bricks and mortar. According to Vinick, "Everyone in the communities around will have easy access to it. People can drop in and talk with us, and raise their questions. They can hear what we're thinking about doing. We can have an ongoing dialogue. That was always part of the plan." 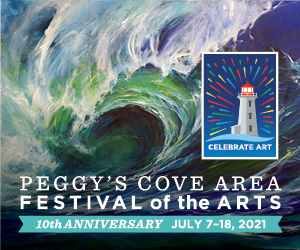 Since the international WSP chose nearby Port Hilford as the official site for its unique sanctuary – designed to make a wild home for cetaceans rescued from marine captivity across North America – in February 2020, the group has signed agreements in principle for land and water rights, conducted extensive environmental and hydrological surveys, and pursued permitting with the provincial government. "I think it's premature to say how long it'll all take," Vinick says. "But we're having ongoing meetings about the submissions that we've made."

In the meantime, he says, the local community will have a tangible centre to visit and track the project's progress up close and personal (social distancing precautions permitting).

"We've been doing some refurbishing because it is an older home. We are creating office space – a large conference room and a number of spaces for meetings with our constituents and our colleagues in the area. We'll have a room designated for educational exhibits, where we will have information about whales, in general, as well as information about specific whales that could be candidates for sanctuary. We'll also have a room that's more dedicated to the latest plans for the sanctuary – specifically, maps and diagrams of what we're thinking about."

Vinick says the WSP will pay "a very nominal rental fee per month" on a "multi-year lease" for the building, which will also include modest accommodations for WSP officials travelling on business.

Right now much is dependent on how the battle against COVID-19 goes, he says. "But we're definitely looking at opening in the next couple of weeks."