DAYSPRING - The South Shore has lost a champion for rights of people with disabilities. Dylan Robar, who started this summer's first disability pride event in the region, died in early November. He was 29.

Robar, who resided at Riverview Enhanced Living, was born with Duchenne Muscular Dystrophy (DMD), a disorder that steadily weakens a person's muscles as they age. Those living with DMD can't produce the muscle protein called dystrophin, causing muscle cells to weaken and gradually break down.

In July, he led the successful first celebration of disability pride in Bridgewater, which he said was all about spreading messages of awareness and acceptance and ending stigma and ableism.

"My disability has been a big factor in my life and a lot of people are unaware of people with disabilities, all different types of disabilities" Robar told LighthouseNOW in an interview prior to the July 9 event. "With a disability, it can be hard to accept it, it can be discouraging and sometimes you don't have work opportunities. I just want people to be aware we exist; I want this to help advocate and bring that attention."

In an online social media post, the Town of Bridgewater called Robar "a strong advocate for those with disabilities and the LGBTQ2+ community."

Shawn Hancock, who worked with Robar during his tenure at Riverview Enhanced Living as a personal support worker, said Robar made a big impression on him and others. 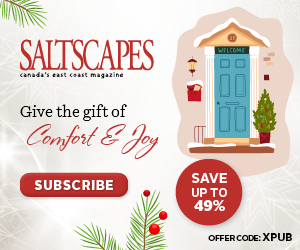 "He was a kind, tenacious, and loving soul who started a movement in Bridgewater that I hope continues; a movement that enabled people to be seen for more than their disability," Hancock said in an email. He declined to be interviewed for this story but hoped Robar would be remembered and honoured for his accomplishments.

A published obituary said Robar was working to establish a local chapter of People First of Canada, a national group that represents those with developmental and intellectual disabilities "and would be so pleased if this could still be done."

In an interview in March, Robar talked about the importance of advocacy.

"Your disability doesn't define you," he pointed out, "you can do anything if you put your mind to it."

Robar, who was born in Bridgewater, is survived by his brother, sister and father.

"When Dylan was learning who he was, he started to get involved with the LGBTQ2+ celebrations in the county. It was important to him to express himself as everyone has the right to love and love freely," said the obituary. "Dylan would want the fight for disabilities and LGBTQ2+ communities to continue as he was so passionate about peoples rights for freedom."

A memorial service for Robar took place Nov. 15 in Bridgewater. Donations in his memory can be made to Muscular Dystrophy Canada, Riverview Enhanced Living and People First of Canada.