John William Collyer of Crouses Settlement, Lunenburg County, is charged with touching a young girl with his hand for a sexual purpose and sexually assaulting her between May and July of 2016. Collyer, who was the town's police chief between 2011 and 2018, pleaded not guilty to the allegations.

The multi-day trial, heard by Justice Mona Lynch, entered its seventh day on September 9, Collyer's 56th birthday. Testimony was previously heard during six days in July but additional dates were needed when it became clear to Crown prosecutor Roland Levesque and defence attorney David Bright that more time was needed to finish proceedings.

Taking the stand September 10 in his defence, Collyer denied inappropriate physical contact with the now-20 year old when she was under the age of 18. He did, however acknowledge some social media communications, sent while under the influence of alcohol, were misguided. The former officer's spouse testified for the defence a day earlier after the Crown finished calling evidence with the testimony of a medical professional who assessed the complainant during a period that included the timeframe of the alleged offences.

Back in July, the woman, whose identity is protected by court order, was tested by the defence on her recollection of events. Bright spent the better part of that day's proceedings questioning the complainant on timelines, life events, and the allegations.

The woman testified July 11 that Collyer touched her inappropriately and sexually assaulted her while they were in a vehicle together three years ago. He and the complainant knew each other and, court was told July 11, the families of the two had enjoyed a positive relationship over a period of years. 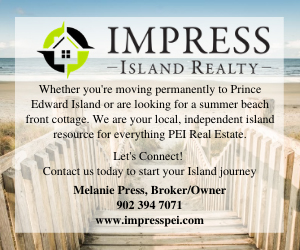 Testimony on July 10 largely featured evidence from Gord Vail of province's independent police oversight agency - the Serious Incident Response Team (SIRT) - who lead the investigation into Collyer. The evidence presented centred around hundreds of social media messages exchanged between Collyer and the teenage complainant three to four years ago.

However, not all of those communications were retainable, leaving inconsistencies between the suggestive content captured in screen-grabs by the girl's mother and what Facebook produced for the investigation.

The girl's mother and a close family friend testified that suggestive communications with Collyer were found on a social media account belonging to the teen in 2016. The mother showed the content to her family physician, setting in motion an alert to the RCMP and involvement of SIRT.

Judicial authorizations were executed in relation to the case, resulting in the seizures of computer equipment. The girl also gave a statement to SIRT.

Collyer was placed on administrative leave in August 2016 after it went public that SIRT was investigating his actions. He was suspended in May 2017 when word came that SIRT laid charges.

He had been a member of the Bridgewater's police force between 1990 and 2018. He rose to the rank of deputy chief in 2009 before becoming chief.