Migrants are starting to move back through in greater numbers. I saw my first savannah sparrows for the year at Cherry Hill Beach (Conrads Beach) on May 1.

I counted 11 of them, but only walked half of the beach. The savannah sparrow does breed her and they are 11.25 to 15 cm long with a wingspread of 20 to 23.75 cm. The sexes are outwardly alike. Their underparts are dark brown or blackish, streaked above and below.

In nesting season there is a yellow streak over each eye. Some have a small spot on the chest like the song sparrow. The tail is shorter than that of the song sparrow and slightly forked or notched, whereas the song sparrow's tail is longer and rounded. The legs of the savannah sparrow are pink or flesh-coloured.

On May 1, I counted six greater yellowlegs at Cherry Hill Beach. There are records for this species breeding in Cape Breton and the six that I saw were likely just passing through.

Willet (eastern) numbers are increasing and there were seven at Crescent Beach on May 1. Barbara McLean let me know that there were lots of willets back at the Back Oler Farm Marsh in Garden Lots. This species does breed here.

On April 25, Kevin Lantz found an American golden plover at the Back Oler Farm Marsh in Garden Lots. This is a shorebird that is just passing through. Eric Mills saw two barn swallows at First South on April 28. More tree swallows are arriving. 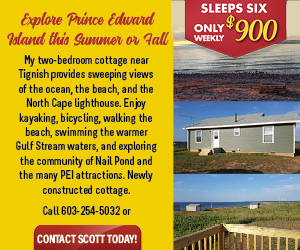 Adam Hennessy spotted 10 by the New Canada Cemetery on April 29. Alan Covert of East Chester was lucky to have a field sparrow drop by his yard on April 30. This is a species just passing through in migration, although we did have our first breeding record for this species a few years ago at East Port L'Hebert.

By May 13, we should be getting lots of sightings of ruby-throated hummingbirds and many of our other migrants should be moving back into territories.

Gary Selig reported seeing a barred owl that flew across the road in front of him near the Spectacle Lakes at Rhodes Corner. These owls should now be close to having chicks or are feeding young.

In Dartmouth, on April 26 Joanne Morgan sighted an indigo bunting. Around that time there was a black-headed grosbeak at Forbes Point in Shelburne County. On April 27 Kathleen MacAulay heard a Virginia rail calling at the Broadbrook Trail in Yarmouth.

On that day, Logan Moore found an eastern meadowlark at Daniels Head on Cape Sable Island. On May 1 a common gallinule was a great find by Patty Hudson at Barrington. On May 3 migrants seen were a northern parula by Tony Millard at Cape Forchu, two blue-headed vireos by Logan Moore at Clyde River in Port Clyde and two eastern bluebirds at Drumlin Heights in Argyle by Paul Gould.