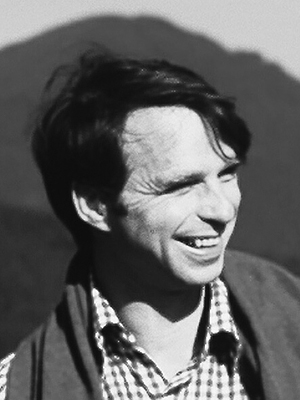 In Dr. David Alton Murphy’s written instructions for this obituary, he insisted that we never say he passed or passed away and so it is with deep sadness that we inform you that Dave Murphy, heart surgeon, sheep farmer, artist, blacksmith, joker, banjo player, and globe-trotting skier died from congestive heart failure due to amyloidosis on February 24 in Kingsburg, Nova Scotia. He was 88 years old. Born in Montreal (b. December 26, 1932) to Herb and Helen (Hyde) Murphy, David began his professional career as a veterinarian. Before long, he was back in school at McGill University to study medicine where he met his future wife, Dr. Sonia Salisbury. In 1973, they moved with their three kids to Nova Scotia where David took a position as a cardiac surgeon at the IWK. David had a profound impact on the way cardiac surgery is practiced in the Maritimes — founding the Maritime Heart Centre, which continues to provide clinical and material support for cardiac patients. He served on more than 20 provincial and national committees including the Canadian Heart Foundation and the Executive Council of Royal College of Physicians and Surgeons of Canada. He received numerous research grants and publications. He was especially proud of his widely published work with Dr. Drew Armour on the neural control of the heart. After “retirement” — he got his Bachelor of Fine Arts at the Nova Scotia College of Art and Design (NSCAD). For beer money, he took shifts scrubbing at the OR with his old colleagues. Afterwards he proudly served on the Board at NSCAD. His honours included McLaughlin and James IV travelling fellowships. He was awarded a Senior membership with Doctors NS and a Distinguished Service Award from the Canadian Medical Association. One of his other honours requires further citation… On one business card, he wrote: “Purveyor of Lamb to Pope John Paul II”. Technically true... By way of his good friend Dr. John Sullivan, some of Dave’s lamb from his flock in Kingsburg made it to the head table when the Pope visited Halifax in 1984. He was a conservationist for historic buildings in Halifax as well as the unique ecology in Kingsburg, Nova Scotia. He is survived by the love of his life and wife of 60 years, Dr. Sonia Salisbury, Halifax; sister, Judy Murphy (Fredericton); children, Luke (Laura Mac Donald), New York; Deirdre (Robert Kapanen), San Francisco; Matthew (Amil Niazi), Toronto. His beloved grandchildren Chloe Kapanen, Callum Kapanen, Sommerset Murphy, and Oma Murphy. He is predeceased by his brother, Peter Murphy (St. Albert, AB). Kingsburg will miss the sound of his tractor, wayward sheep, rusted sculptures, and the guarantee of a hearty wave. Donations in his name can be made to NSCAD through nscad.ca. A memorial for Dave will be held sometime this summer. www.sweenyfuneralhome.ca