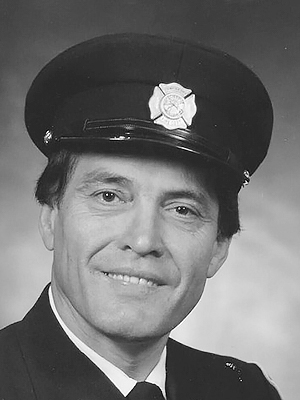 It is with great sadness that the family of Gordon Walter Conrad, 87, of Lunenburg, announces his passing on Monday, December 19, 2022, at Fishermen’s Memorial Hospital, Lunenburg. Born in Lunenburg, Gordon was the son of the late Arthur and Elizabeth (Walters) Conrad.

Gordon had various careers over his lifetime and started his working career moving salt fish by wheelbarrow for the local fish plant and then went on to Lunenburg Foundry and Engineering, Powers Brothers Ltd, Crouse’s Radio and TV, Atlantic Ship, and then owned and operated Lunenburg French Pastries. Following this he joined the staff of Mahone Ambulance where he worked as an ambulance operator retiring after 20 years of service.

His love of sports in earlier days gave him the opportunity to coach and play hockey and baseball and in later years enjoying a game of curling and bowling.

Taking an active interest in the Town of Lunenburg, Gordon was an Honorary Member of the Lunenburg and District Fire Department, an Associate Member of the Royal Canadian Legion, Branch # 23, Lunenburg, and a member of St. Andrew’s Presbyterian Church where he sang in the church choir.

He was predeceased by his parents and a brother, Kenneth.