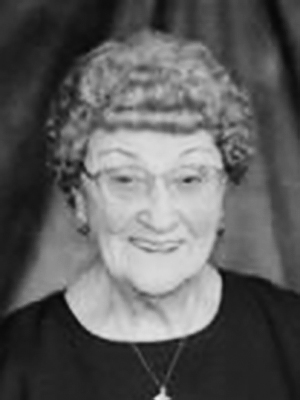 Age 99, of Middleton, passed away on Thursday, October 8, 2020 in the Veterans Unit, Soldiers’ Memorial Hospital in Middleton. Born in Manchester, England, she was a daughter of the late Albert and Catherine (Buchanan) Smith. Veronica was a veteran of the Second World War, having served in the A.T.S Corps in England. She was a war bride and sailed to Canada in May 1946. Veronica was the first female president of New Germany Branch No. 102, Royal Canadian Legion and later became a member of Middleton Branch No. 1. She was a member of St. Monica’s Roman Catholic Church, Middleton. She is survived by her daughter, Dolores (Gonzalo) Swallow, Ottawa, ON; sons, Gregory Swallow, Surrey, BC, and Adrian (Susan) Swallow, East Chester and grandchildren, David and Marina. Besides her parents, she was predeceased by her husband, Vernon; daughter, Bernadette; daughter-in-law, Avis; and sisters, Alma and Regina. A private service has taken place in St. Monica's Roman Catholic Church, Middleton.