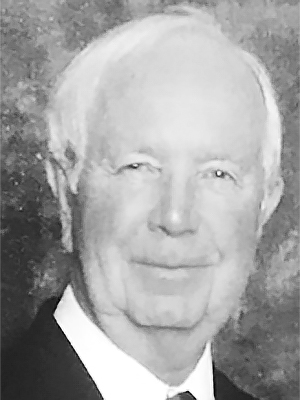 It is with a profound sense of loss that we report the passing of John Macholl (87) from terminal kidney cancer. John was born to Louis and Clara Macholl and grew up in rural upstate New York as the youngest of eight children in a small three-bedroom home with one cow, a few chickens, and an outhouse. His father, mother, and brothers and sisters all instilled in him the values of hard work, loyalty, and family.

John’s childhood home had an old and out-of-tune upright piano in the family living/ dining room. With an intrinsic talent for music, John taught himself to play the piano entirely by ear. John graduated from the State University of New York in Albany with a degree in Business Education, served in the U.S. Army for two years as Master Sergeant involved in peacekeeping duties in post-war South Korea (1956-1958) and earned his MS in Business Administration (also from SUNY Albany) in 1962.

John and Joan met at SUNY Albany and married in November of 1958 and had their only child, daughter Eileen, one year later. Both John and Joan had three-decade long careers teaching Business Education subjects to high school students. As teachers, they had summers free and spent those at a cottage on Molega Lake, near Bridgewater in Nova Scotia, for 50 glorious summers.

John and Joan were charter members of the Osprey Ridge golf course and believe that they may be the oldest members of the Bridgewater Duplicate Bridge Club. Joan hopes to return to visit Molega Lake as soon as possible. John lived a good life filled with music, gratitude, bridge, golf, and love.

John’s passing leaves many people grieving and remembering his profound impact on their lives.

He is survived by his beloved wife of over 62 years, Joan Macholl as well as his daughter Eileen Macholl (Barbara Anderson-Greenfield), step-granddaughter Elizabeth Greenfield (Ann Petricca), and great-grandson Michael Petricca Greenfield. The last to survive of his brothers and sisters, John leaves behind many dear nieces and nephews as well as a brother-in-law Richard Homan (Jan Homan) and niece (Ruth Homan) from Joan’s side. Joan and John also share family members by love: Gail and Al Moore, their children Allison Moore (Christopher Culligan) and Melissa Moore (Skylar Du Mesnil), and their grandchildren Aiden, Ben, and Sam Culligan and Isabella and Emmitt Du Mesnil. We are a great group of Canericans!

Notes of condolence can be sent to Joan via email at Macholl@aol.com; in lieu of flowers and in John’s spirit of generosity and gratitude, consider making an extra contribution of your talent or treasure to any charity of your choice – in this way his spirit can live on by helping serve the passions of all those for whom he cared.