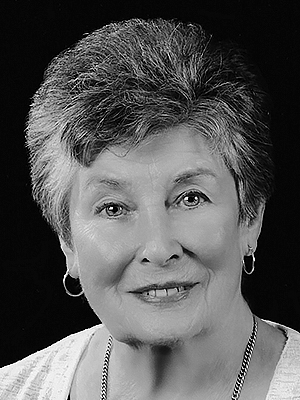 It is with great sadness we announce the sudden passing of our mother, Carolyn Elizabeth (Ernst) Kuhn, in Mahone Bay, January 14, 2021. She was 87. She was the cherished daughter of Amy (Freeman) and Edward Ernst, both from founding families of Mahone Bay, Nova Scotia. Carolyn was born in New York where her father was employed as an international banker. Her father’s work brought them next to London, and then to Montreal. Throughout her childhood and adult life, summers were always spent in Nova Scotia, visiting family and enjoying the beautiful beaches. As a young adult, Carolyn’s artistic talents led her to the prestigious Parsons School of Design in New York where she graduated with a Fine Arts Degree. She then married and had two children, Christine (Chris) and Catherine, raising her girls well. First in Montreal, then Toronto and finally back to her home province of Nova Scotia. Once settled in Nova Scotia, Carolyn became a devoted member of the Anglican Church, attending services regularly. She had various jobs throughout her life, from secretary/ receptionist to graphic designer. She also volunteered at the Mahone Bay Nursing Home for many years. Carolyn was fiercely loyal, had a quick wit and a delightful sense of humor. Taking after her own mother, she could brave the cold ocean water for a regular swim. She participated in Tai Chi and exercise classes. She also enjoyed socializing with friends and family, eating out or going to the theatre or movies through memberships at the Rebecca Cohen Arts Centre and the Bridgewater Film Society. Carolyn eagerly participated in many conversations around the kitchen table on a variety of interesting topics, but mainly politics (which would make her dad proud) or world views. She passed on her love of animals and her talent for art to both her daughters. She had great faith in her daughters, encouraging them to accomplish whatever they set their minds to. More recently, Carolyn could easily be deemed the "Queen of Crossword Puzzles,", solving the most challenging with determination and pride. It was rare for her to leave one incomplete. She was a devoted mother to Chris and Catherine, a loving grandmother to Joel and Hannah, a supportive mother-in-law to Chris’ husband, Brian and a dedicated sister to John and his wife Judy. Due to the COVID-19 restrictions, the funeral will be a small, private gathering. Condolences are greatly appreciated and accepted at https://www.mahonefuneral.ca. Memorial donations can be made to the VON, Lunenburg County; SHAID Tree Animal Shelter or Health Services Foundation of the South Shore. Thank you so much to all the family and friends who supported our mother as a senior determined to live at home. Happily, she was able to do so because of you. She will be greatly missed.