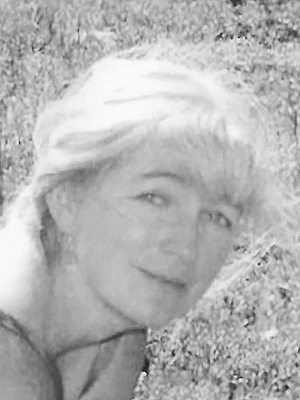 It is with great sadness that the family of Laurelle Marie Widrig (née Jamieson), 67, of Lunenburg, NS, announces her passing on Wednesday, October 5, 2022, with her family by her side at the Fishermen’s Memorial Hospital in Lunenburg, NS. Born in Whitehorse, YT, she was the daughter of the late John Scott Jamieson and Ruth Doreen Jamieson (née Clarke).

A lifelong artist, Laurelle enjoyed pen and ink work, painting, and quilting. She exhibited her work in several venues across Canada and continued to explore new media. She was also an accomplished athlete, excelling at volleyball and badminton. Although she practiced sports throughout her life, she was especially proud to represent the Yukon at the 1976 Arctic Winter Games at Schefferville, QC, in senior women’s singles and doubles badminton. She is remembered as a loving mother and for her many acts of kindness towards friends, family, and animals.

Funeral arrangements are under the direction of the Dana L. Sweeny Funeral Home, 11213 Highway 3, Lunenburg, NS. A party to celebrate Laurelle’s life will be held at a later date.

In lieu of flowers, donations in Laurelle’s memory may be made to the SHAID Tree Animal Shelter or the SPCA. www.sweenyfuneralhome.ca