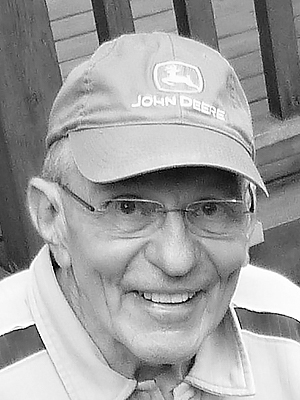 Charles Peter Holden; Peter by all who knew him, passed away Wednesday, November 25. Peter was 80 years young, born on March 11, 1940. His parents were Jean Dorothy Drew and Charles Perez Phalen Holden of Liverpool, Nova Scotia. Peter was a gift, being born 17 years after his sister, June. He grew up in Liverpool and went to Mount Allison in Sackville, NB. He became a Chemical Engineer, finishing up his studies at Dalhousie University. He found his forever love at Mount Allison; Carol Clarke, from St. John's, NF. They met and that was that! They started out their young lives together in Montreal, QC for a bit and then moved to Ontario. They lived in Brockville, Cobourg, Kanata, Carp and then back to a retirement home in Kanata. Peter worked for Bow Waters Paper Mill, Petrofina Oil Refineries, Dupont, BorgWarner, Standards Council of Canada, QMI and had his own consulting business. Peter made friends wherever he went and loved to have fun and laugh. He loved playing the trombone and was in several bands when he was young and played with the Kanata Orchestra later on. He was an avid golfer and loved playing all sports, including cards, (that's a sport!); especially the game Frustration with his family! He could never turn down an unfinished puzzle; crosswords and sudokus kept his mind active. He gave to many charities. With a passion unknown to most, Peter took care of any dandelion that decided to dwell in his well manicured lawn. Family trips were always full of fun and adventure. There was a camping trip in stormy weather on top of Blueberry Hill in Newfoundland; a road trip through Nova Scotia staying in B&B's; glacier goop mishaps in British Columbia; lighthouse hunting, swimming and skipping pebbles with his grandson in Nova Scotia and Newfoundland, and many more escapades. He will be missed by all, and forever missed by his wife, Carol, his son, Clark, his daughter, Andrea and grandson, Andreas. Peter's Funeral will be held privately. Donations in memory of Peter may be made to Heart & Stoke Foundation.