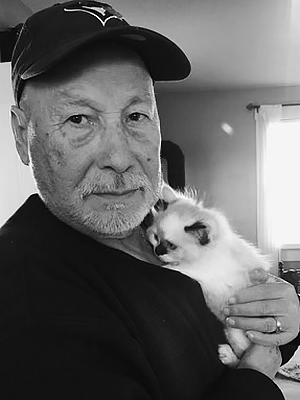 It is with great sadness that the family of Salvatore “Sam” Mario Mulé, 75, of Blue Rocks, announces his passing on Sunday, July 10, 2022, at Fishermen’s Memorial Hospital, Lunenburg.

Born in 1946 in Genoa, Italy, Sam was the son of the late Natale and Teresa (DelVecchio) Mulé. He was a devout and proud Canadian but highly valued and enjoyed his Italian heritage, especially his mother's pasta pesto!

Sam came to Canada with his parents. Natale, Sam’s father, made the journey by ship to Canada first, landing in Halifax and then moving to Toronto. In 1953 Sam and his mother left Genoa by ship (wearing shorts). They landed in New York in February (still wearing shorts) meeting up with his father in Toronto. He spent most of his life in Ontario bringing up his three boys and enjoying his grandchildren. At retirement Sam and Julie moved to Nova Scotia. He enjoyed chatting with his family and friends. He also enjoyed old cars, watching Blue Jay games, “old black and white” movies, and looking after his garlic in the garden.

Sam enjoyed talking to everyone and couldn’t go to a store without striking up a conversation with others; he even ended up on their cell phones talking to relatives a few times. He was an opinionated man who always said whatever was on his mind but wore his heart on his sleeve. There’s nothing he wouldn’t do for his family or, truth be told, anyone who needed anything.

Funeral arrangements are under the direction of the Dana L. Sweeny Funeral Home, 11213 Highway 3, Lunenburg, where a memorial service was held on Monday, July 18, officiated by Father Jim O’Connor. Interment has taken place in Hillcrest Cemetery, Lunenburg. In lieu of flowers memorial donations may be made to Diabetes Canada. www.sweenyfuneralhome.ca