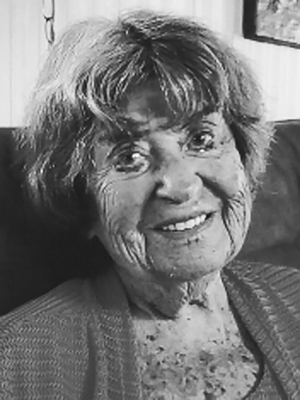 It is with great sadness that the family of Barbara Frances Risser, 91 of Lunenburg, announces her passing on Tuesday, April 27, 2021 at Fishermen’s Memorial Hospital, Lunenburg. Born in Lunenburg, she was the daughter of the late Bernard and Selena (Tanner) Lohnes.

Barbara was active in many sports throughout her life, including tennis and badminton, skating, golfing, curling and bowling. Her career started at an early age when she worked at Rudolph’s Ladies Wear and then went on to work for many years in the office at Powers Brothers Ltd. until she retired. Barbara was a lifelong member of Zion Lutheran Church, where she sang in the choir, and in later years, she was proud to be a part of The Singing Sisters group with her sister Beatrice, and sisters Wendy and Ruth Dauphinee. They travelled throughout the area participating in concerts. Being around people and being involved in her community were very important to Barbara. She was an active member of the Lunenburg volunteer community, as a founding member of the Lunenburg Craft Festival, a member of the Lunenburg Curling Club, Lunenburg Yacht Club and Bluenose Golf Club. As President of the Lunenburg Bowling League she raised thousands of dollars through Bowl for Dollars for the Fishermen’s Memorial Hospital. She went on to work tirelessly as President and Treasurer for the Fishermen’s Memorial Hospital Ladies’ Auxiliary, and for many years she also enjoyed arranging a monthly bus trip to the Casino in Halifax for dozens of seniors in the area. Barbara had an active social life with family and many dear friends. Her courage, strength of spirit, creativity and sense of humour will be carried forward by those who knew and loved her. We have all been richer by knowing this wonderful lady.

She was predeceased by her parents; sisters Beatrice Rhind, Margaret Leroux, and Joan McCluskey brothers Rayburn, Murray, Freddie and an infant brother Earl.

Funeral Arrangements are under the direction of the Dana L. Sweeny Funeral Home, 11213 Highway 3, Lunenburg. A gathering to celebrate Barbara’s life will be held at a later date. In lieu of flowers memorial donations may be made to Fishermen’s Memorial Hospital Auxiliary, Heart and Stroke Foundation or to the Canadian Cancer Society. www.sweenyfuneralhome.ca