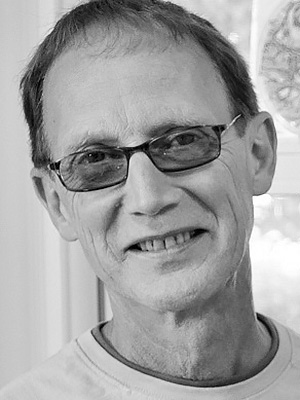 It is with heavy hearts that the family of Wayne Colin Whynot, 68, of Mahone Bay, announce his very sudden and unexpected passing on July 14 2020 at home. His family is shocked and deeply saddened by the loss. Wayne was born in Bridgewater to his parents, the late Colin and Ruth (Wile) Whynot and was a long time resident of Mahone Bay, a town where he became fondly known as one of the nicest men that you could ever meet. Always there for his family, friends and neighbours. Always more than willing to lend a hand to help others. Wayne worked for over 35 years at Louisiana-Pacific Canada Ltd. where he met many great friends, who have all said what a kind demeanor he had. Always professional and never a negative word to say about anything. Wayne found employment in his retirement with the Mahone Bay Centre, as the building's caretaker. He took pride in his dependability and environmental efforts in his years at the MBC and spoke often of the lasting friendships he developed there. Wayne was very well known for his passion for all things music. He was an accomplished musician and lead guitarist in many bands since his youth. He was a consummate professional and gifted in his abilities. Even while not on stage, he often provided the sound checks and set up the light shows. It was a natural talent that amazed and entertained many. Wayne was a dedicated father to Robert (Pamela), Lunenburg; Kimberly (Martin), Mahone Bay and Bradley (Chelsea), Mahone Bay. He spent his recent years tending to their lawns, caring for their pets, performing odd jobs around their homes or just offering his ear and steadfast advice and love after the untimely passing of their beloved mother. He would do anything at all for his kids, of whom he was so proud. Wayne will also be remembered by his four grandchildren, Madison and Alexa (Mahone Bay) and Bruno and Sofia (Lunenburg); nephews, Barry and Craig; niece, Carol and grand-pets, all of whom were very dear to his heart. Wayne was predeceased by brother, Fenwick Whynot; infant son, Jeffrey Whynot, and former wife, Cynthia Leah (Goulden) Whynot. He is also survived by cousin, Doreen Wentzell, Oakland and sister-in-law, Evangeline Whynot, Northwest. A small graveside service will be held for immediate family members only at the Indian Point Park Cemetery. A memorial will be planned to include all family, friends and community at a later date contingent upon COVID-19 precautions. Memorial donations in memory of Wayne may be made to the Indian Point Park Cemetery or SHAID Tree Animal Shelter. Cremation and arrangements entrusted to the care of Mahone Funeral Home, PO Box 200, 32 Parish St., Mahone Bay, NS B0J 2E0 (Tel: 902-624-8241). Online condolences may be sent to the family by visiting: www.mahonefuneral.ca