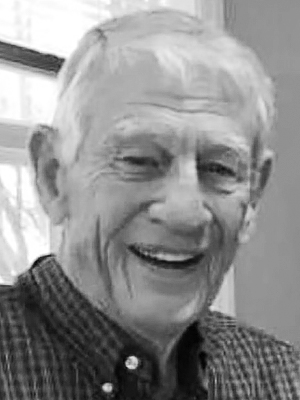 Brian Patrick Kenedy died on June 9, 2022. A true Irishman, he was the life of any party he attended, telling jokes, and playing the guitar. He played and loved all sports, loved his dogs, and adored his family.

Brian was predeceased by his son, Shaun, and by his parents, Captain Louis Kenedy and Patricia Greenidge Kenedy.

Brian was born to seafaring parents in Barbados in 1937 and raised in Nova Scotia, Canada. Brian honorably served in the United States Navy for ten years, ultimately working in counterintelligence. Upon leaving the Navy, Brian became a truck driver for 7-Up in the Bronx (or as he called it "transportation specialist for a local distributing company") where he honed his self-defense skills and rose through the ranks. In 1969, Brian joined Producer's Council (later renamed Construction Products Manufacturers Council) in Washington D.C. where he was promoted to Executive Vice President, before finishing his career as the Vice President, Marketing for the National Association of Realtors in Chicago.

Brian fought Alzheimer's for the last 10 years of his life. He dealt with his disease as he did everything else in his life, bravely and with a great sense of humor. As he would say, he had "Irish Alzheimer's" because he "forgot everything but his grudges." Donation in his memory can be made to The Alzheimer's Association (www.act.alz.org).

A family service with be held at Doughty-Funeral Home in Belle Haven, Virginia. A memorial celebrating Brian's life will be held in Bonita Springs, Florida at a later date.