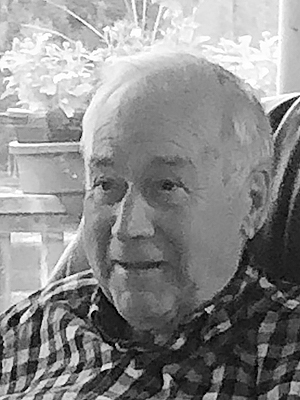 A full and fun life, well-lived and celebrated, a husband, father, grandfather, brother, uncle and a friend to many. A. Graham Bailly, 81, passed away peacefully September 9, 2020 at his home in Sunny Brook, NS, after a courageous battle with cancer. Graham was born and raised in Lunenburg, NS on May 28, 1939, the son of W. Arthur Bailly and Mary Jane Bailly (Sampson). After graduating from the Lunenburg Academy, he attended St FX University, before spending a few years in property management in Halifax. His true love of Lunenburg drew him home, where he joined his father, Art, in the family business, Bailly’s Fuels, where remained until his retirement in 2015. It is there that he found the love of his life, Barbara Whynot, from Mahone Bay, with whom he shared 56 years of wonderful marriage, raising a close knit family, all of whom developed the same love and commitment to Lunenburg county, and remained nearby. Barbara stood next to Graham the whole way along this journey, un-relentless in her compassion to care for him until the day he passed. She was his best friend, his forever soulmate. Graham was an extremely proud “Lunenburger”, and his love of town and surrounding communities was evident by his volunteering. Over his lifetime, he was a member of many local boards and committees, including the Fisherman’s Memorial Hospital, Lunenburg Exhibition, Lunenburg Fire Department, Lunenburg Fisherman’s Memorial Society, Lunenburg Yacht Club, and the Canadian Coast Guard Auxiliary. But one organization took a special place in his heart: the Lunenburg Marine Museum Society, including the Fisheries Museum of the Atlantic and Bluenose II. It was here, that his dedication of giving to community extended more than 30 years, much of it as the President of the Society. Even at the time of his passing, success and visibility of the Bluenose II and the Museum was still of great interest to him. Never far from the water’s edge, Graham had a true love affair with the ocean, and everything about it. He was well known for his love of boats, cars, tractors, and many other motorized objects (“toys” as they were called), his cats and dogs, and especially his family. He and Barbara spent many years traveling, going on long drives, dining out, and experiencing our beautiful community with family and friends. He loved to travel to far away places on the ocean, with his group of fun sea-faring buddies from Lunenburg, visiting ports and islands up and down the coastline, building a collection of amusing memories and stories along the way. Almost like a member of his own family, it was his trawler, Scotia Belle , which he cherished greatly, creating many fond memories with family and friends. Though many men retreat to their garage or shed for their “own time”, Graham was always kept busy at his wharf, puttering around, fixing things, and sitting on the Scotia Belle. Upon his departure, Graham’s true legacy was to create a long-lasting love affair with the ocean and boating, for all the generations that followed him. Known as “Pa” to the younger generation of friends and family, each one his grandchildren have the ocean, sailing, and boating engrained in them now, and no doubt will carry on this tradition for generations to come. Pa will be missed greatly by these kids. Survived by his wife, Barbara (Whynot); children, Anne (Tom Dauphinee) Bailly, Sunnybrook, Kristine (Michael Court) Bailly, Halifax, Greg (Sheridan Bagnell) Bailly, Halifax, and former son in law Robert Burns, Halifax; grandchildren, Thomas Dauphinee, Lunenburg, Andrew, Lindsay, Evan Burns, Halifax, Sawyer, Olin, Thatcher Bailly, Halifax; step- grandchildren, Laura, Sarah, and Sam Court, St Catherines , ON; sister, Claire ( David) Creaser; sister-In-law, Marilyn Millett; brother-in-law, Jack (Linda) Whynot and many nieces and nephews. A special thank you to the outstanding and compassionate care provided by his health care team of Dr. Mujoomdar, Dr. Morzycki, Dr. Bowes, Dr. Mulroy, and Dr. Beaton, and by the Palliative Care team of Dr. Debbie Gowan and Kim Carlow-Berkley. Lastly, thank you to all the VON nurses for their professionalism and compassionate care that you all showed. Funeral arrangements entrusted to the Dana L. Sweeny Funeral Home, 11213 Hwy 33, Lunenburg, A celebration of graham’s life will be held at a later date. A donation in Graham’s name can be made to VON- Lunenburg County and the South Shore Palliative Care Society. www.sweenyfuneralhome.ca