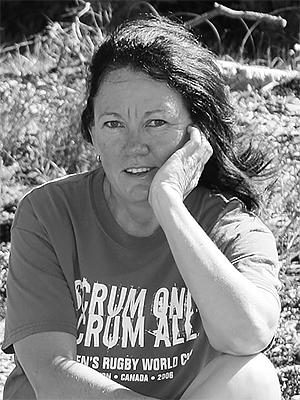 We are deeply saddened to announce the passing of Magdalena “Mada” Nestel, at the age of 61 on May 13, 2020. She died peacefully at home following a 16-month battle with cancer. Mada was the daughter of Pieter W.J. Labuschagne (deceased) and Martha A. Labuschagne (nee Pretorius). She was born on October 24, 1958, in South Africa. After studying medicine and internal medicine in South Africa, she moved to Carbonear Newfoundland in 1993 where she worked as an internist for five years. After moving to Bridgewater in 1998 she worked as an internist in South Shore Regional Hospital for 21 years until her early retirement due to illness in January 2019. She is survived by her husband Anthony W Nestel, her son Anthony E Nestel, her mother Martha Labuschagne, her sister Maria Eggink and brother-in-law Robert Eggink, her brother Thomas Labuschagne and sister-in-law Sonia (Foster) Labuschagne, as well as several aunts, uncles, nieces , nephews , cousins and their children. A small private graveside service will be held at Brookside Cemetery. A memorial service will be planned at a later date. In lieu of flowers, please consider making a donation to Woodhouse Children Relief Fund, Soul’s Harbour, or a charity of your choice, in her name. Online condolences may be made by visiting www.sweenysfuneralhome.com