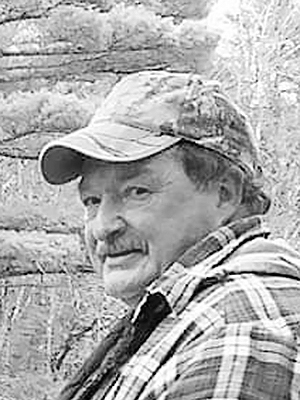 It is with heavy hearts that after a long and courageous battle with non-Hodgkin’s lymphoma, we announce the peaceful passing of Frederick Stanley James Hanhams of Lunenburg on June 10, 2020. Fred grew up in Belleoram, Newfoundland and moved to Lunenburg after graduating where he found his love for the sea. He worked long and hard as a trawlerman for over 40 years. Fred is survived by his loving wife, Christine (Dewling), daughter, Jessica and son, David. He also leaves behind his dog, Lily with whom he had a very special bond. Lily was by Fred’s side throughout his illness and was a true comfort in times of need. Fred is also survived by his loving family-parents, Frederick and Catherine Hanhams, brothers, Levi, Wally, Frank, Harold, Donnie and sister, Mary, in-laws, George and Charlotte Dewling, numerous aunts, uncles, nieces and nephews, cousins, sisters-in law, brothers in-law and too many friends to even begin to count. Fred was a man of few words who enjoyed fishing, yearly hunting trips with the boys at the building and spending time with buddies at the local legion playing darts, pool, and just shooting the breeze. He never spoke an unkind word about anyone and treated everyone like family. He was a proud Newfoundlander at heart and always beamed when he talked about growing up in Belleoram. No funeral or visitation by request. Cremation has taken place. Ashes will be scattered in Belleoram in the future. A celebration of Fred’s life will be held in Lunenburg at a later date. In lieu of flowers donations may be made to The Lodge that Gives in Halifax, The Canadian Cancer Society or to the Heckman’s Island Cemetery (C/O Box 213, Lunenburg). Special thanks go out to Fred’s many doctors, nurses, palliative care in Lunenburg, VON and his ever-caring family and friends. With everyone working together, Fred was able to spend time with everyone he loved. www.sweenyfuneralhome.ca