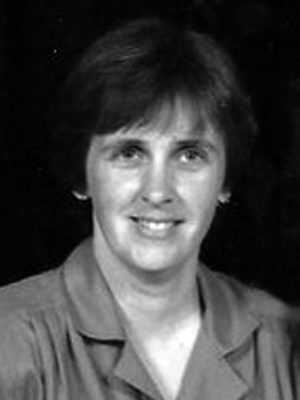 It is with great sadness that the family of Georgina Ann Patrick, 70, of Rhodes Corner announces her passing on Wednesday, February 24, 2021 at the South Shore Regional Hospital, Bridgewater. Born in Montreal, on October 24, 1950, Georgina was the daughter of the late George Randall and Beatrice Mary (Homer) Smith. In her earlier years, Georgina worked as a personal corporate secretary in Montreal and then moved to Nova Scotia in 1974 with then husband David Patrick and then started their family. Her family grew by her father marrying Ada Brown Smith. Ada along with her children Doug, John, Bill and Jean joined Georgina’s family. Georgina and her long-time friend, Janet Mason, opened the Lincoln Reef in Lunenburg and operated the business for many years. She continued her working career as a personal care worker looking after many elderly folks in their homes. Georgina was very active with her community by volunteering for many years with the Lunenburg Folk Harbour Festival and South Shore Players. In her spare time Georgina loved to paint, embroider, spend time in her gardens, bake, travel, spend time with family and her kitty Baby. Georgina is survived by her husband, Kimber Bennett; daughters, Sarah (Sean) MacLeod, Lisa (Craig) Golden, both of Bridgewater; Johanna (Mike Wentzell), Lunenburg; grandchildren, Claire, Owen, Hailey, Olivia and Renée, special cousin Audrey Miller and extended family. Besides her parents, she was predeceased by her step-mother Ada Brown Smith, two infant brothers and her beloved Antie Doris. Funeral arrangements are under the direction of the Dana L. Sweeny Funeral Home, 11213 Highway 3, Lunenburg. A celebration of Georgina’s life will be held at a later date. In lieu of flowers memorial donations may be made to SHAID Tree Animal Shelter or to Lunenburg Folk Harbour Society. The family would like to thank Dr. Heather Robertson, nurses Abby, Chelsea and Megan and staff of the 4th Floor Medical Unit of South Shore Regional Hospital for their wonderful care. www.sweenyfuneralhome.ca