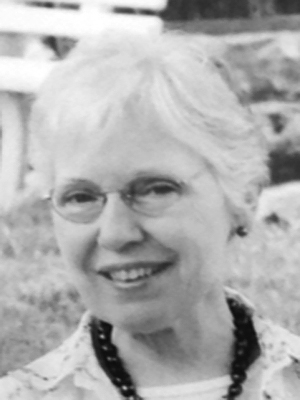 The family of Kasimira Marie von Dragna, 82, of Bridgewater, announces her passing on Tuesday, January 10, 2023, at Hillside Pines Home for Special Care, Bridgewater. She was born in Chicago, Illinois, on August 16, 1940, to the late Casmir and Mary (Palka) Holochwost.

Kasimira received her formal education from Saint Joseph’s Teacher College, where she majored in Music, with minors in Education, Philosophy and Religious Studies. She received her Bachelor of Arts in Music with the tutelage of her special organ teacher, Mr. John Lee. She continued her post graduate education at Pepperdine University, Claremont College, University of California at Irvine as well as California State University at Chico.

Some years after marrying Boris von Dragna on February 14, 1973, the couple moved to Bridgewater, Nova Scotia. Kasimira chose to devote herself to St. Joseph's Church where she continued to serve as long as her health permitted.

At St. Joseph's, she had a special gift for and knowledge of liturgy and looked after all the ministries in that regard. She was meticulous and knowledgeable in this work but had a kindness and understanding that enhanced all her interactions with others. She planned baptisms, weddings, and funerals as well as fundraisers. A natural teacher, she was involved with religious education. She organized, trained, and scheduled cleaners, cantors, lectors, greeters, and altar servers. She cared for the flowers and oversaw the cleaning of vestments and altar cloths.

Her musical giftedness was legendary. Not only was she organist, cantor, and choir director, but she composed music as well. She was passionate about encouraging other musicians to serve and to develop their own gifts in service of the church. Her strong faith, her love of beauty, and her keen sense of humor will be missed by her friends and family. Her dazzling smile will stay with us.

She was predeceased by her husband Boris von Dragna in 2016.

In lieu of flowers memorial donations may be made in Kasimira’s memory to St. Joseph’s Roman Catholic Church or to a charity of your choice. www.sweenyfuneralhome.ca