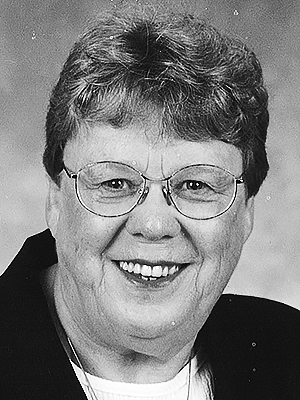 It is with great sadness that the family of Edna Alice Weldon of Bridgewater announces her passing on Wednesday, April 14, 2021 at Harbour View Haven Home for Special Care, Lunenburg. Born in Petite Riviere, Edna was the daughter of the late Wallace and Dorothy Gear.

Funeral arrangements are under the care and direction of Sweeny’s Funeral Home, 35 York Street, Bridgewater. A grave side service will be held at Brookside Cemetery at a later date. In lieu of flowers, memorial donations may be made to Harbour View Haven or the Alzheimer Society of Nova Scotia.

The family would like to thank the staff at Harbour View Haven and Dr. Kelly for their exceptional care and kindness shown to Edna while she was a resident at the home. Online condolences may be made by visiting www.sweenysfuneralhome.com