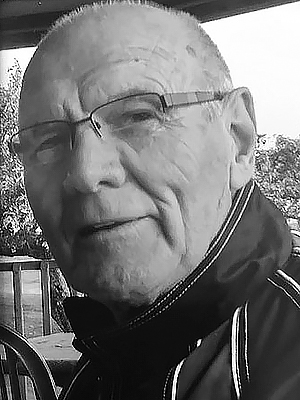 A commanding presence who enjoyed the camaraderie of his fellow man, good food, and drink, it is with deep sadness the family of Gordon Johnston Madill, 90, share the news their beloved father, husband, grandfather, and great-grandfather died on Thursday, February 18, 2021. Born on June 17, 1930 in Saint John, New Brunswick to Margaret and William Madill, and married to Nita Thorne in May 1953, Gordon’s story is not uncommon to those who grew up in his generation, one of grit and determination to make a better life for himself. His career extended over 32 years with Texaco Canada Limited, retiring in March of 1986. Retirement did not suit him and his itch to stay busy led him to take a position as general manager for Silver’s Garage, Ltd. He instilled that same dedication to family, work, and community upon his children and grandchildren and handled himself with consummate grace but little fuss. To Gordon, a firm handshake, eye contact, and a good first impression was just as important as a well-rounded resumé. His many teachings could usually be expressed in one-line maxims: “Get your ducks in a row”; “Feet don’t see my body hurt”; “Run fight, or hold the light”; “Don’t give me the gears”; and, “It is a long road without a bend in it”, to mention a few. The family patriarch and a man of prideful spirit, Gordon’s seemingly gruff exterior was tempered by his kind heart. He proudly served as a Shriner for many years, a 32nd degree Mason, a member of the United Church of Canada, and he was an avid curler. His sense of freedom was never more present than when he was on the road. Gordon and Nita enjoyed many adventures in their retirement, at one point purchasing an RV to take to the highways to explore the beautiful corners of the Maritimes. They frequently traveled to the U.S. and Caribbean to escape the frigid Canadian winters. While active, his routine included reading the morning paper over breakfast, keeping his lawn on Nauss Avenue immaculately shorn, and popping over to the Bridgewater Mall to play the lottery. He had no qualms taking quarters from loved ones over a game of cribbage and occasionally redistributing wealth at the casino. A Maritimer through-and-through, Gordon passed many summer days at Crescent or Rissers Beach, digging for clams or playing in the cool waves with his grandchildren. He would never turn down a lobster boil, completely in his element at the head of the table, surrounded by family and friends. Gordon spent his remaining years at Rosedale Home in New Germany after a series of strokes limited his quality of life. However, the impact of his fully realized lifetime cannot be denied as the father to five loving children, eight grandchildren, and four great-grandchildren. Gordon is survived by his loyal wife of 68 years, Nita, of Rosedale Home in New Germany; sons, David (Lorraine), Sydney; Dean (Trudy), Black Point; daughters, Crystal (Paul), Auburndale; Cathy (Steve), San Antonio, TX; daughter in law, Christine; grandsons; Johnston, Houston, TX; Alexander Matthew, and Benjamin Halifax; granddaughters, Jessica (Erik), Houston, TX; Stephanie (Warren), Hailey (Christopher) Sydney; Nicole, Fredericton, NB; great-grandchildren, Caroline, Henry, and Kenneth, Houston, TX, Samuel, Sydney, and numerous nieces and nephews. He was predeceased by his son, Dale; siblings, Charles Madill, Alice Herrington, Doris Green, Gladys McAfee and Margaret Madill. Gordon’s family wishes to acknowledge and sincerely thank the staff of Rosedale for their compassionate care. Arrangements are being made through Sweeny’s Funeral Home, 35 York Street, Bridgewater. In lieu of flowers, donations can be made to Rosedale Home for Special Care, New Germany. On-line condolences may be sent to the family by visiting www.sweenysfuneralhome.com He was dearly loved, he will be missed, he will not be forgotten.