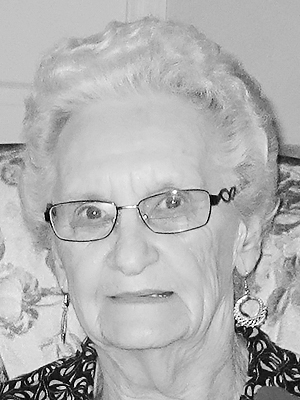 Age 93, formerly of Midville Branch, and resident of Mahone Nursing Home, passed away May 6, 2022, in the South Shore Regional Hospital, Bridgewater. Born in Newcombville on November 11, 1928, she was the daughter of the late Hugh and Hilda (Hebb) Veinot. She was the last surviving member of her immediate family.

Mom cherished her children, grandchildren and great-grandchildren. She never forgot a birthday or anniversary. She was always a hard worker, finishing her working years at the Lahave Manor. When her children were growing up, she was involved with her community at the church, Sunday school and the community hall. After her husband passed away, she moved from Midville Branch to Miller Manor in Bridgewater, where she made many friends over the years and became the resident who lived there the longest. She loved country music, gardening, driving her car and attending many family gatherings.

Arrangements are under the direction of the R. A. Corkum Funeral Home, Wileville, where on-line condolences may be made by visiting www.corkumfuneralhome.ca