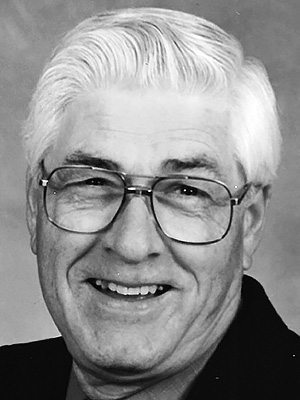 Loving husband, father, grandfather, and great-grandfather, passed away at home in Blockhouse, Lunenburg County, on April 30, 2022, at the age of 87. Born on April 15, 1935, in Cornwall, he was the younger son of Willis and Ruth (Nauss) Kaulback.

He was predeceased by his parents, brother Curtis and son-in-law Steve.

Merle was above all a family man. He loved Nancy, their children, grandchildren, and great-grandchildren with his whole heart. He was also a man who loved his community. After spending time as a young man in Goose Bay, Labrador, he and Nancy built their home in Blockhouse where they lived until his death. He managed Hawboldt Industries in Chester for many years and, following his retirement, served nearly a decade on Lunenburg Municipal Council. Merle was a long-time active member of Trinity United Church in Mahone Bay and a proud honourary member of the Blockhouse Fire Department where he was a former fire chief of many years. Merle was also a man who loved fun and good times. He had a wonderful sense of humour and we will miss the quick wink that often accompanied it. Over the years, he enjoyed golf, travel, woodworking, fishing, watching his Blue Jays and Maple Leafs, music jams and camping with wonderful friends.

Cremation has taken place. A celebration of life will be held at a later date. In lieu of flowers, donations may be made to the South Shore Regional Hospital, Blockhouse Fire Department, Trinity United Church or a charity of your choice. Arrangements entrusted to the care of Mahone Funeral Home, PO Box 200, 32 Parish St., Mahone Bay, NS B0J 2E0 (902-624-8241). Online condolences may be sent to the family and obituary viewed by visiting: www.mahonefuneral.ca