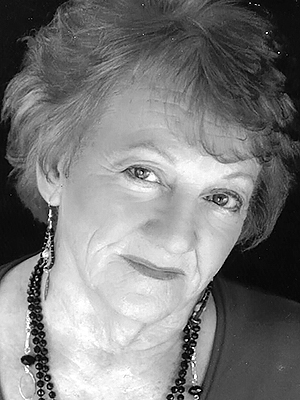 It is with great sadness that the family of Carolyn Joan Walsh, 83, of Feltzen South, formerly First South, announces her passing on Sunday, July 10, 2022, at South Shore Regional Hospital, Bridgewater. Born in First South, she was the daughter of the late Robert and Florence (Joudrey) Conrad.

Besides her parents, she was predeceased by her husbands, Tom Rees, Ron McLeod and Basil Walsh; daughter, Michelle; sister, Mona Annis; brother, Lloyd; and son-in-law, Earl.

Carolyn’s road of life was not always an easy one, but she faced it all with such bravery, compassion, strength, and determination. She had so much love for everyone in her life and was the cornerstone that held the family together. She especially enjoyed her visits and phone calls from loved ones, her drives to Feltzen South Beach and gatherings at Tim’s while drinking her coffee and eating an old-fashioned donut. Not only was she family, she was a true friend who would do anything for anyone. She also was a spitfire who spoke her mind and didn’t hesitate to put you in your place if she felt you deserved it. She, as well as Michelle, faced their diagnosis with so much courage it was astonishing. To quote Mom, “It is what it is”.

The family would like to send a special thank you to Dr. Salomon, Nurse Sydney, and others for their loving care while Mom was at South Shore Regional Hospital. Also, a big thank you to Raebecca and others who spent so much time with Mom prior to her admittance to the hospital.

Funeral arrangements are under the direction of the Dana L. Sweeny Funeral Home, 11213 Highway 3, Lunenburg, where visitation was held on Tuesday, July 19, from 7 to 9 p.m. A funeral service to celebrate Carolyn’s life was held at 11 a.m. on Wednesday, July 20, at Grace Lutheran Church, First South, with Rev. Rick Pryce officiating. Interment was in First South Cemetery, First South.

In lieu of flowers, memorial donations may be made to the Canadian Cancer Society, or charity of your choice.