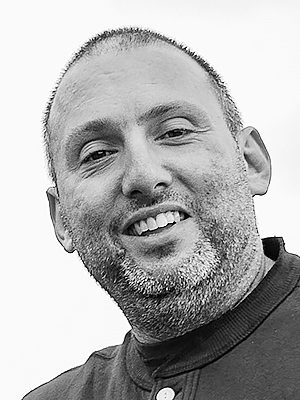 The family of John William Walters of Blockhouse are devastated at his sudden passing on May 29, 2021 at the age of 43.

John married the love of his life, Charlotte Sawler, and they spent over 25 years of their life together. He was a devoted father and is already greatly missed by his two sons Rowan and Easton and his baby girl Everly. Cherished son of Ronald (Jackie) Walters and stepbrother to Nigel (Tia) Crouse, grandson to Joyce Walters. He will be sadly missed by the members of Charlotte’s family, including her parents, Debora and Perry Sawler, brother, Doug (Hailea) Sawler, sister, Jessica Sawler, and especially his nieces and nephews, who had a special place in his heart.

John was born and raised outside Lunenburg where many lifelong friendships were formed. He was a hard worker and an incredible friend. John attended the Nova Scotia Institute of Technology and became a red sealed carpenter. He was employed as a supervisor for many years by Parsons ICF, and most recently he had just started a new job as a Site Superintendent for Dora Construction. He proudly dedicated many hours to serve his community as a volunteer firefighter with the Blockhouse and District Fire Department, where he was a medical first responder and was the Deputy Chief. He will be greatly missed by his many brothers and sisters in the fire service.

John has now forwarded his last tasteless internet joke (check your spam folder, but don’t open them at work) but his sense of humor and his laugh will not be forgotten. John’s life was full, and much of his happiness during life was enjoyed with his family and friends. He could often be found tinkering and working at their camp, fishing and spending time outdoors with his kids, or sitting around the campfire. He was always willing to help lend a hand when needed.

If you wish to make a donation in John’s memory, please consider “The Walters Fund” at the Blockhouse Fire Department or Bayview Community School breakfast program.

A service to honour John’s life will take place at the Blockhouse and District Fire Department at a later time once COVID restrictions allow. Online condolences, memories and photos may be shared at www.sweenyfuneralhome.ca .

Rest Easy DC, we have it from here.