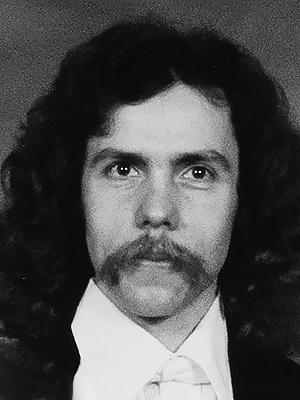 It is with great sadness that the family of Peter Allan Young, 65, of Blockhouse, announces his passing on December 14, 2022, at home. He was the son of Albert “Al” and Grace (Ernst) Young (both deceased).

Early in his life, he was a member and leader in Mahone Bay's St. James Church Boys League, participating in both their boxing and hockey programs. One of his early hobbies was carving wooden spoons, some of which are still being used daily. He developed a broad interest in music and movies and had a diverse collection as a result.

Peter was involved with South Shore Paddlers and guided many kayak tours within the province. He was never happier than when he was in a canoe or kayak, free on an ocean or some river, the rougher the better. He took this strength and courage with him into his fight with ALS, adapting to each new challenge with resilience, humility, and dignity.

Peter was unique. Individualistic, strong, determined, and adventurous, he sometimes seemed like a man born out of time.

He was a great proponent of building restoration, and the preservation of heritage skills. A self-taught carpenter, Peter worked at various jobs in the trade, including a number of years with Tom Ross Carpentry, Brian Dimmel, with Peter often volunteering his skills for those in need. He learned rug hooking from his grandmother, quilting, chair caning, was adept at shoe and leather repair, intent on making sure those skills were not forgotten. He inspired many to discover the ability to do things for themselves that they may not have thought possible.

Peter would especially like to thank Doug Barry for his inspiration and encouragement.

We would like to express our thanks to Peter’s caregivers, the ALS Society of Nova Scotia, and his Palliative Care teams.

Funeral arrangements are under the direction of the Dana L. Sweeny Funeral Home, Lunenburg. A graveside service was held on Friday, December 16, 2022, at Garden of Rest Cemetery, Blockhouse, Rev. Brooklynn Lane, officiated.

In lieu of flowers memorial donations may be made to the ALS Society of Nova Scotia or to a charity of your choice.