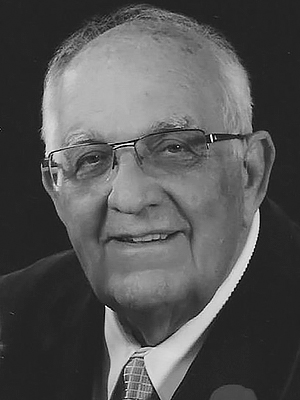 It is with great sadness that the family of David Edgar Steele, 84, of Mader’s Cove and formerly Lunenburg announces his passing with his family by his side at Ridgewood Assisted Living, Bridgewater on Friday, October 7, 2022.

Born in Halifax, David was the son of the late Gordon and Emma (Smallman) Steele. He grew up in Dartmouth with his three brothers, and attended Dartmouth High, where he met the love of his life, Betty Harris. At school he was active with baseball, basketball, drama and glee club.

David and Betty married in 1961 and shared more than 60 years together as a team. They had 35 wonderful years operating the Atlantic View Motel and Cottages on Mason’s Beach in Lunenburg, which brought many friends into their lives, and was an idyllic place to raise a family.

David’s working career began at Eastern Canada Savings and Loan, and he was shortly recruited from there into Dartmouth City Hall, learning the workings of municipal government under the tutelage of C. A. Moir. In 1974, he became the CAO (Chief Administrative Officer) of the Municipality of the District of Lunenburg. He had 25 rewarding years of service to the county, enjoying his time working with the staff and council to improve life in the area he so loved.

David supported youth sport, most especially basketball and soccer, and he was a chauffeur to many a student who needed a ride to practice, a game or a way home in any weather. Daniel and his teammates could always count on seeing David cheering in the stands. He had a life-long love of cars, and bought his first sports car, an Austin-Healey, in 1960. He was also a lover of music, and sang in choirs all his life, from First Baptist Church in Dartmouth where he sang with his parents and all of his brothers, to St. John’s Anglican Church, to the Lunenburg Chorale.

In retirement David and Betty enjoyed summers on Brownell Lane at the Amherst Shore on a property that has been in the Steele family since 1940.

He was predeceased by his brother, Robert.

Nothing was more important than family for David, and his idea of family extended to his friends and the friends of his children. Everyone was welcome in the Steele home, and David’s laugh and hugs were legendary. He loved knowing how everyone was doing and wanted the best for us all. His love, support, and kindness will be greatly missed.

In lieu of flowers memorial donations may be made to St. John’s Anglican Church Lunenburg in memory of David, or to a charity of your choice. www.sweenyfuneralhome.ca