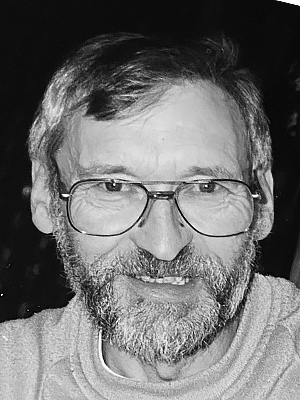 It is with heavy hearts that we announce the peaceful passing at home of our beloved husband, father, grandfather and brother, Laurie Earnest Zwicker, on September 10, 2022. Laurie was born in Western Shore on December 13, 1942 to George and Nettie Zwicker.

Laurie was predeceased by his parents, and his brother Donald and sister Effie (Sally).

Laurie led a very successful career. He worked long hours as a carpenter for more than 50 years, and co-owned L & W Zwicker's General Contracting with his brother, Wayne. His attention to detail and strong work ethic made all his clients praise his workmanship and put their services in high demand.

Laurie was an avid gardener and took huge pride in his property and his very large garden. His yearly harvest of vegetables would truly feed the community! Come late fall, Laurie and his brother (and best friend) Bup would take to the woods to try their luck at hunting. Every year they managed to get a deer (or two!). On Sundays after church, Laurie along with his brothers, would head to various locations to play cribbage. He was a tad competitive when it came to cards and didn't mind gloating when he and his partner came in first place! He was a respected community member and a kind, giving man with a great sense of humor who lived life on his terms. He will be truly missed by all who knew him.

The family would like to thank the VON and the Palliative Care Team, especially Dr. Munro and nurse Melanie Spence, and Dr. French and Dr. Wisniowski who helped from the beginning.

A cremation has taken place; a celebration of life has also taken place at Grace Anglican Church in Chester Basin on Friday, September 16, 2022, at 2 p.m.

Online condolences can be sent to Davisfuneralhome.ca. In lieu of flowers, donations may be made to Grace Anglican Church, The Gray Grant Society or the charitable organization of choice. There will be no reception after the service, but we encourage all family and friends to remember Laurie in your own ways.