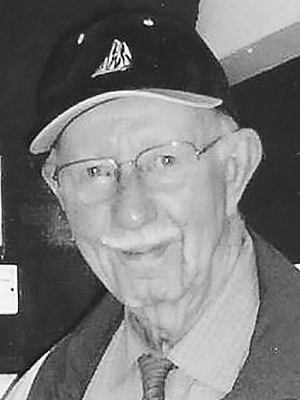 It is with profound sadness that we announce the passing of our dear father, Capt. James L. Himmelman of Bridgewater, NS. Capt. Jim let go the lines and crossed the bar at Fishermen’s Memorial Hospital in Lunenburg, on February 11, 2021 at the age of 100. He was born in Lunenburg on October 24, 1920, the youngest son of Capt. George and Elsie (Corkum) Himmelman. Dad grew up in the age of wooden ships and iron men. Dory fishing is where he began his long and admirable seagoing career. He started as engineer on his father’s schooner, the Lilla B. Boutilier, at the age of 18. Within six years he would be skipper of his own vessel. In 1953, Capt. Jim converted the vessel Irish Patriot into the first scallop dragger to sail out of Lunenburg in the search for scallops. He was very proud to be the first scallop captain out of Lunenburg pioneering the scallop industry. Local businessmen and other fishermen noticed his success and the scallop industry was born. In his words “my brothers, my father, my uncles, generation after generation of fishermen – that’s the way Lunenburg was built”. In the years following, Dad sailed many vessels, including the scallop dragger, Nancy Eileen. In 1965, after the loss of the scallop dragger Excellence, he came ashore and spent a few years as Shore Captain at Riverport Seafoods. He decided to change careers, studied at NSIT, and took international courses in the US and France to become a Ship's Pilot. He was employed with the Atlantic Pilotage Authority as a harbour pilot in Port Hawkesbury and Sydney until he retired in 1983. After retiring, Dad and our mother, Marie, returned to Lunenburg County, settling in Wentzell’s Lake. They spent many years caring for their property and travelling throughout the Maritimes. Family gatherings were very important to Dad giving him much happiness, with special meals, music and laughter. He was most content in his workshop where he enjoyed woodworking and building ship models. He built many pieces of oak furniture for the family. He particularly enjoyed lathe work creating many beautiful bowels and serving trays. Crafting ship models became Dad’s area of expertise, the Bluenose being his specialty. Having climbed the rigging of the original Bluenose, he had firsthand knowledge of every detail. He had a passion for singing in several choirs throughout the county. In his younger years, Dad played the accordion and mouth organ at many social gatherings and in later years played for the family’s enjoyment. He had a desire to speak German, practicing his lessons until recently. He will be remembered for being honest with a strong sense of spirit, adventure and determination. He had a wonderful sense of humor and appreciated a good laugh. Although Dad was quiet by nature, his ability to tell stories about his adventures at sea with his deep voice will be missed by many. We will miss his wit, wisdom, knowledge and most of all his love. Dad was a member of the Company of Master Mariners of Canada, Atlantic Division, a member of Zion Evangelical Lutheran Church and the South Shore Ship Modellers Guild. He was the last surviving member of his immediate family. Dad is survived by daughters, Corinne (Tim LeGay), Bridgewater and Nancy, Halifax. He is survived by sister-in-law Isabel Moore, several nieces and nephews. He was predeceased by wife, Marie (Spindler), brothers, Wilson and Murray, sisters, Hope and Evangeline, nephew, Alfred Lohnes. Arrangements were under the care of Dana L. Sweeny Funeral Home, Lunenburg, NS. A Celebration of Life was held Thursday, February 18 at Zion Lutheran Church, Lunenburg. Interment was in Hillcrest Cemetery, Lunenburg. In lieu of flowers, donations in Capt. Jim's memory can be made to the Canadian Cancer Society, Zion Lutheran Church, or Health Services Foundation of the South Shore.