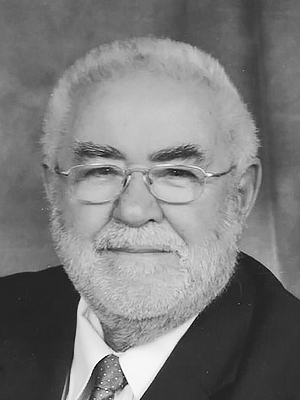 It is with great sadness that the notable life of Edgar was over on the 8th of January, a mere two days before his 82nd birthday, at the Fishermen’s Memorial Hospital. Edgar was born in Digby County and received most of his basic education in Digby and later St. Margaret’s Bay. Further education was in Halifax and Dalhousie for his BSC. His interests then zeroed into the computer field where he computerized many companies and developed Nelson Consulting Services, Lunenburg for computer, sales, service, and education.

He was predeceased by his parents, William and Alice Blinn and son, Ian. He treasured the sense of family.

Before and after moving to Lunenburg his interests included President of the Lunenburg Board of Trade, Director of ACBL Bridge Tournaments throughout the Maritimes and Knights of Columbus Council 1097. Church work was a dear to his heart and St. Norbert’s especially although he held many other committee positions in St. John the Apostle Parish as well as participation with Central United Church.

In lieu of flowers memorial donations may be made to Leukemia and Lymphoma Society or to a charity of your choice. www.sweenyfuneralhome.ca