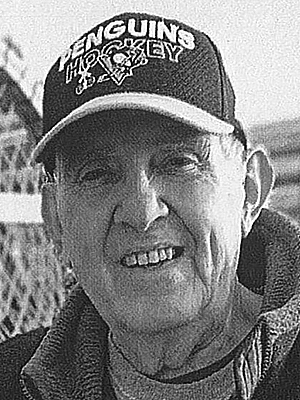 The family of Glendon Harold Langille, “Glendie”, 84 of Bridgewater, NS is deeply saddened to announce his passing on Saturday, May 22, 2021, at South Shore Regional Hospital. Glendie was a beloved husband, father, brother, grandfather and friend to many. Born in Bridgewater in 1937, he was the second of three children of the late Harold and Bernice (Fancy) Langille.

His passing leaves a huge void in our lives, but we are blessed for his love, wisdom, and many gifts that he shared.

He had a successful career as a salesman for Rafuse Equipment and Supply Co., before joining the family business; H&B Langille’s Print Ltd. as vice-president until his retirement.

He was a dedicated member of the Bridgewater Fire Department for 32 years and played snare drum in the band. He retired honorary as Captain. Glendie also played ukulele and accordion; the life of a party with his warm and funny ditties.

He excelled at sports, particularly fond of his days as a defenseman on the two-time, provincial champion Bridgewater Hawks Intermediate A hockey team. A longtime member of the Bridgewater Golf and Curling clubs.

A multi-skilled artisan and tinkerer, he was driven to create daily with a passion for clocks, model trains and pocket watches, to name a few. A proud member of the South Shore Model Shipbuilders Guild, he showcased his works at the Fisheries Museum in Lunenburg including his miniature lobster traps.

Glendie had a very strong faith giving a life of service to the Bridgewater Baptist Church including vice-chair of the committee that oversaw construction of their new church. His faith sustained him until his passing. We know he has now found peace with God.

The family express our sincere gratitude to Dr. Greg Thibodeau, the nurses and staff on the 3rd floor SSRH, and Earth Angels Home Care.

A celebration of life will be held at a later date. In lieu of flowers, donations in his memory can be made to the Bridgewater Baptist Church, the Canadian Cancer Society, or the Alzheimer Society of Nova Scotia. Arrangements have been entrusted to Sweeny’s Funeral Home in Bridgewater, NS, where online condolences may be made by visiting www.sweenysfuneralhome.com