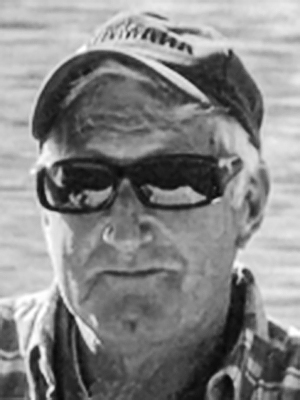 The family of Gilbert James Lindburg Corkum, 86, of Blue Rocks, announces his passing on Monday, July 19, 2021.

The son of Edmund and Frances (Tanner) Corkum, Gibby was born on January 10, 1935 and grew up in Eastern Points with his siblings, Kathleen Tanner, Jean Richardson, Stanley, Elburne, Morris and Hewitt who all predeceased him.

He started his career shore fishing with his father at a young age, he went to sea at 19 and at the age of 37 he worked ashore in the rope loft at National Sea until his retirement.

Gibby had a passion for the sea and all things related, he had his own boats up until a year ago. At the age of 10 Gibby rowed other children to school across the Gut at Eastern Points.

He was a master model ship builder and spent many hours perfecting his craft. He was a talented net mender and taught classes as well.

Gibby is survived by his wife of 63 years, Mary Ellen (Walters), his son, Morris (Christy) and daughter, Sherry; three granddaughters, six great grandchildren and many nieces and nephews.

Funeral arrangements entrusted to the Dana L. Sweeny Funeral Home, Lunenburg and in keeping with his wishes there will be no service held.

In lieu of flowers, memorial donations in Gibby’s memory may be made to South Shore Regional Hospital or to St. Barnabas Anglican Church, Blue Rocks. www.sweenyfuneralhome.ca