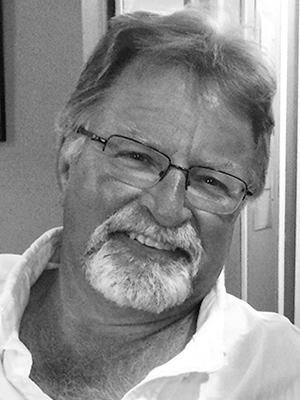 It is with profound sadness that the family of Captain Kevin Keith Mayo, 65, of First Peninsula, announces his passing on Monday, August 31, 2020 at the South Shore Regional Hospital, Bridgewater. Born in Lunenburg, he was a son of the late Captain Gordon and LaDona (Moulton) Mayo. Over the course of Kevin’s life, he met many people through his love of sports as an athlete, coach and fan. His proudest personal athletic achievement was holding the record for “Most Career Goals Scored” in Men’s Soccer at Dalhousie University, which he held for 23 years. In his later years, he took great pride in coaching the Lunenburg High School Boys’ Basketball team. Mentoring those young men, showing them the value of hard work & determination, culminated in the incredible 1994-95 season, where they became provincial champions! As a fan of many sports, his friends can attest, he was always up for a spirited debate. We are all proud of Kevin’s career at sea. He was Captain of the Chockle Cap and Maude Adams fishing vessels for many years. Kevin was well known for his hard work ethic, honesty and confidence, which he tried to instill in his crew. He wanted his crew to be successful on land and at sea. During his career as a Captain at Adams & Knickle Ltd, his proudest achievement was never losing a ship or a man. Kevin liked to support local charities whenever possible. He could often be found donating his time or scallops whenever needed. For many years he enjoyed volunteering on the Curl for a Cause committee to raise money for Fishermen’s Memorial Hospital. Kevin is survived by his loving wife, Wendy, daughter, Karli Mayo (Philip Latal) Toronto; son, Shamus Mayo, Lunenburg, grandchildren, Pippa and Zoë Latal; brother, Cyril (Patricia) Mayo, West Northfield, sister, Dona (Robert) Cormier, Middle Sackville; sisters-in-law, Jamesie Mayo, Lunenburg and Sylvie Mayo, Bridgewater and many cherished nieces and nephews from both the Mayo and Comstock clans. Besides his parents, Kevin was predeceased by brothers, Robert Mayo and Calvin Mayo, and nephew, Jeffery Mayo. Funeral arrangements are under the direction of the Dana L. Sweeny Funeral Home, 11213 Highway 3, Lunenburg. Due to COVID-19 restrictions a public gathering to celebrate Kevin’s life will not be held. We would like to thank everyone who sent their well wishes to our family during this time. We also send deep gratitude to Dr Tarah Millen, Dr Anne Chaisson, Dr Debra Gowan and the Palliative care team, who showed great compassion and respect to Kevin during this difficult time. In lieu of flowers memorial donations in Kevin’s memory may be made to Health Services Foundation of the South Shore or to a charity of your choice. www.sweenyfuneralhome.ca