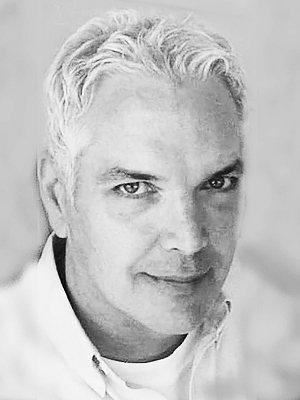 We are deeply saddened to announce that Robert Bruce Barkhouse, “Bobby”, formerly of Mahone Bay, passed away unexpectedly in his sleep at his home in Dartmouth on March 29, 2022.

Bobby was born on March 23, 1963, at Fisherman's Memorial Hospital in Lunenburg, Nova Scotia. Although Bobby grew up and attended school in Mahone Bay, his favourite memories were of his childhood home on Georges Island. As an adult Bobby left for Ontario to pursue other ventures. He attended Marvel Academy and became a hairstylist working for Echo Salon in Kingston, ON. Bobby eventually returned to Mahone Bay where he started his own painting service where he did interior and exterior painting for homes in the South Shore area for about seven years. In 2005, Bobby met his life partner, Scott Sutherland, and they eventually moved to Halifax and then settled in Dartmouth. For the past 11 years Bobby had been employed with Benjamin Moore, now The Paint Shop in Burnside. He adored the staff he worked with; it was an incredible work family. Bobby was known for his quick wit, wonderful sarcastic sense of humour, his compassion for others and being unapologetically himself.

Bobby was predeceased by his parents David and Jean (Caldwell) Barkhouse of Mahone Bay.

Bobby is survived by his loving partner of 17 years, Scott Sutherland of Dartmouth, and their cat Sophie. He is also survived by his brothers, Lawrence (Natalie) Barkhouse of Mahone Bay, Richard (Jane) Barkhouse of Mahone Bay, and his beloved sister, Patti (David) Young of Cookville. Bobby was the favourite Uncle to many wonderful nieces, nephews, great-nieces, and great-nephews whom he loved and adored. He will also be dearly missed by close friends Rob Easton of Kingston, ON., KP and Shawna of New Minas and Cavell and Sharry Gay of Halifax.

Cremation and arrangements entrusted to the care of Mahone Funeral Home, P.O. Box 200, 32 Parish St., Mahone Bay, NS B0J 2E0 (902-624-8241). Online condolences may be sent to the family and obituary viewed by visiting: http://www.mahonefuneral.ca We want to thank them for their compassion and professionalism. There will be a small private family graveside service at a later date, yet to be determined. Donations in memory may be made to the Heart and Stroke Foundation of Nova Scotia.