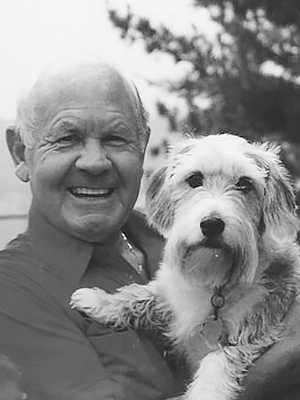 It is with great sadness that the family of Jack Allen, 86, of Bridgewater, announces his passing on Tuesday, July 5, 2022, at home. Born in Uxbridge, England, he was the son of the late Jack and Florence (Freeman) Allen.

Jack served in the British Army, Peacekeeping in Cyprus and later went on to work with Trans World Airlines in London. He moved to Canada in 1974 and worked for 20 years until his retirement with the Corps of Commissionaires.

Jack was a member of St. Paul's Lutheran Church, Bridgewater, a member of the Royal Canadian Legion Branch #23, Lunenburg and over the years was an avid golfer at the Old Towne Golf Club in Bridgewater.

He was predeceased by his parents; sisters, Dorothy and Marjorie; brothers-in-law, Glen (Sharon) Dares and Donald Hirtle.

Funeral arrangements are under the direction of the Dana L. Sweeny Funeral Home, 11213 Highway 3, Lunenburg and where a family memorial service to celebrate Jack’s life will be held Thursday, July 14, 2022, at 1 p.m., Rev. Willis Ott, officiating. Interment will be at Hillcrest Cemetery, Lunenburg.

In lieu of flowers, memorial donations may be made to The Dr. Arthur H. Patterson Centre, the Canadian Cancer Society or to a charity of your choice. www.sweenyfuneralhome.ca