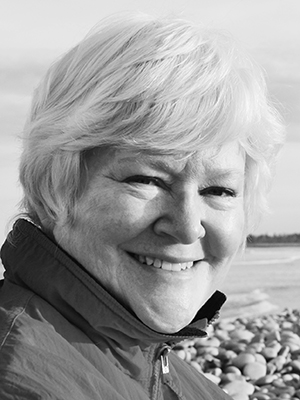 Susan was born in Newmarket, ON in 1947 to Ann and Noble Sproule. A top student, she also loved athletics and being a strong 5'10 at 13 years old, Susan played on boys hockey and football teams in the early 60s. She loved figure skating from an early age until late in life. At 17, Susan attended the Radio Television program at Ryerson college, paying her own way by working as an actress, dancer, model and nanny. She graduated in 1969 and had a groundbreaking career in television production at CKVR, TVOntario and CTV working her way up through the technical ranks to become a Director, her show "Studio 2" winning a Gemini award. While there, she met and married editor Douglas Beavan. Though they later divorced, they remained friends until he predeceased her. While working in TV, Susan had her own motorcycle, rally-raced her Mini and was on four Canadian champion Women's Synchronized Skating teams. She showed her beloved Golden Retrievers in competitions, winning many ribbons. Susan retired in 2001 to beautiful Middle LaHave, NS to walk beaches, tend her gardens, row competitively with the Canadian Dory Rowing Association, sing in the Riverport choir, teach at the Lunenburg Skating Club, instruct yoga at the Bridgewater YMCA and in her own Noblehome Studio. She entered the Nova Scotia College of Art and Design as a part-time student and graduated in 2011 with a BFA, specializing in painting. She will be remembered fondly by the many hundreds she tutored in TV, skating, art and yoga.

She is survived by her Uncle David, brothers Christopher and Michael and sisters Deborah and Heather and their children and by her son Mike.

A celebration of her life will be held at the Lunenburg Art Gallery upon lifting of COVID-19 restrictions.