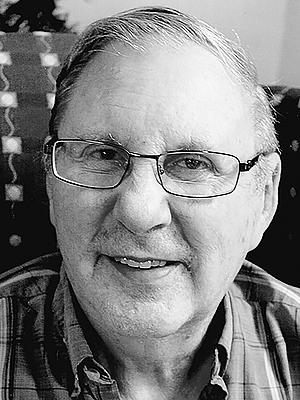 Age 83, Hillside Pines, Bridgewater, passed away peacefully with loved ones by his side on October 21, 2020. Born in Pleasantville, he was the beloved son of Frances and Gordon Simmons. Brenton was predeceased by his wife and navigator of 59 years, Barbara Corkum (nee Palmer). Brenton is survived by his three daughters, Marcia (Stewart / Bubby) Hebb, Conquerall Mills; Patti (Andreas), Moshers Island NS; and Beth (Kevin) Cameron, Greenwich NS. Brenton was so very proud of his six grandchildren and spoke often of them with a smile. Much-loved are Blake Hebb (Tina Corbett), Cole Harbour; Benjamin Hebb, Conquerall Mills; Kalynda Lastimosa (Paolo), Cold Lake AB; Christopher Cameron, Yarmouth; Tristan Cameron, Dartmouth; and McKayla Cameron, Halifax. He is also survived by his half-sisters Carol Ann and Linda, and also his half-brother Jim. At the age of 17, Brenton joined the Royal Canadian Air Force, enjoying a 25 year career, with posts to Comox BC; Cold Lake, Alberta; Crediton, ON; Gimli MB; Greenwood, NS and finally retiring from Shearwater, NS. He proudly served his country, participating in various NATO taskings ranging from France, Great Britain, Azores, Bermuda, Sweden, Norway and Greenland. Dad was an avid fan of the Toronto Maple Leafs and had the opportunity to see them in action along with some crew mates. Upon retirement, Brenton was not one to sit still. He then pursued a 13 year career as a Corrections Officer at the Centre Jail, where a fondness of ice cream was soon discovered by his fellow officers. It did not take long for his colleagues to pick up on his sense of humour and practical jokes, and to this day he is remembered with fondness by those who worked alongside him. After retiring, yet again, Brenton and Barbara began exploring their love for travel. They took many adventures together in their RV, all across our great Canada and throughout the United States. Some of the highlights they experienced together were the Grand Ole Opry, Universal Studios and Graceland. They then spent several winters as Snowbirds in Florida. Brenton and Barbara made their home in Pleasantville, where they raised their three girls. He continued to serve his community as a long-time member of the Pleasantville Baptist Church and was a 51 year member of the Bridgewater Legion. Brenton took on several roles, for over 30 years as an active volunteer firefighter with the Pleasantville Fire Department. His family often shares a good laugh over the memories of Dad jumping up quickly from a deep sleep when the fire bell rang, grabbing Mom’s glasses instead of his own or driving with his head out the car window instead of scraping the frost off the windshield so he could see where he was going. Dad always answered the call, no matter the time of day or night, or if it was Christmas day, or if he had just got home from a long shift of work. Those who knew Brenton well, knew that he was a prankster and a tease, so you had to watch out for the glimmer in his eye. He loved to tease his mother-in-law, Evelyn (and she loved it too) and his "second" mom, his Aunt Sadie. And every April Fool’s Day, the girls were roused out of bed to come quick to see the boat sailing down the Lahave River. Brenton was blessed with the task of being the only man in the house, raising three girls who all adored him... most of the time, but he rose to the challenge, enduring broken teenage hearts, many dish duty fights, borrowing the car (we’ll leave how that turned out up to your imagination), and maybe not the most patient drivers' ed teacher. However, through it all, the good and the bad, he got through it, and today his three daughters still adore him even more... forever and always! Due to Covid-19 there was no visitation or indoor funeral service. A graveside service was held at the Pleasantville Cemetery on Wednesday, October 28, 2020 at 2 p.m., with Douglas Porter officiating. Funeral arrangements were entrusted to the R.A. Corkum Funeral Home. There was no reception, however, a Celebration of Life will take place at a later date. In lieu of flowers, memorial donations may be made to the Pleasantville Baptist Church, Pleasantville Fire Department, Hillside Pines, Home for Special Care or a charity of your choice. On-line condolences may be made by visiting R.A. Corkum Funeral Home (www.corkumfuneralhome.ca)